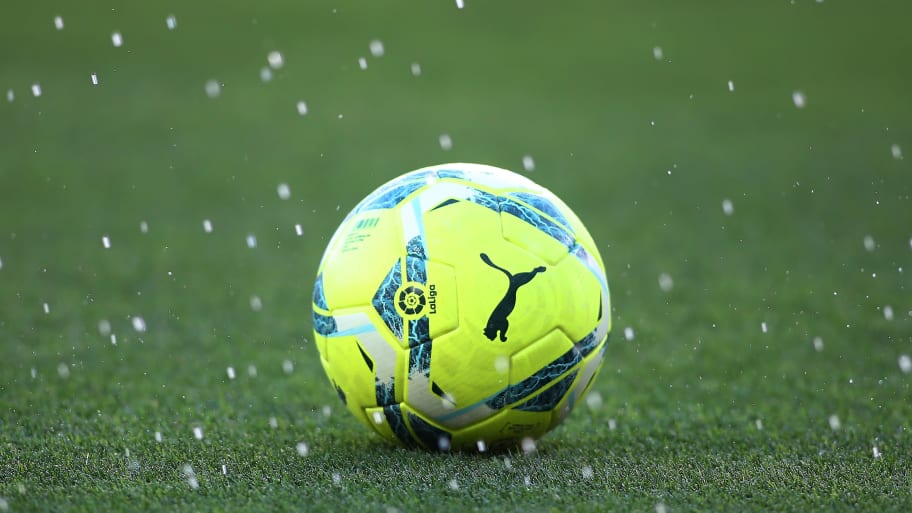 PUMA and La Liga have kicked off the third year of their partnership in style, with the launch of the new Adrelina match ball which will be used in 'special' matches next season.

The German sportswear giants have been working alongside La Liga since 2019 and have provided the match balls for each of the last two campaigns. The PUMA Final 1 graced Spanish pitches in 2019/20 while the PUMA Accelerate was designed specifically for last season.

2020/21, however, also saw the introduction of the Adrelina - a special match ball used in all the big matches, including El Clasico and the Madrid derby. The ball varies in colour and style from the default Accelerate, standing out from the crowd in eye-catching lime, and PUMA have given it a face-lift ahead of the new season.

The new ball takes inspiration from the world of Japanese Anime, with the sharp designs evoking the feel of Dragon Ball Z and Attack on Titan.

It's been a smash hit with the players, and the likes of Luis Suarez, Antoine Griezmann and Jan Oblak have already been introduced to the new ball ahead of the season kicking off on Friday 16 August.

Real Madrid kick off their campaign against Deportivo Alaves on Saturday 17, while Barcelona and Atletico Madrid face Real Sociedad and Celta Vigo respectively the following Sunday.

PUMA took over from Nike as La Liga's technical partner on a three-year deal in April 2019, with Johan Adamsson, PUMA's director of sports marketing, saying: “We are extremely proud to have partnered with one of the best, if not the best, football leagues in the world.

“La Liga has some of the best teams and players in the world and this partnership is another step in our efforts to achieve an even stronger global reach for our brand.”