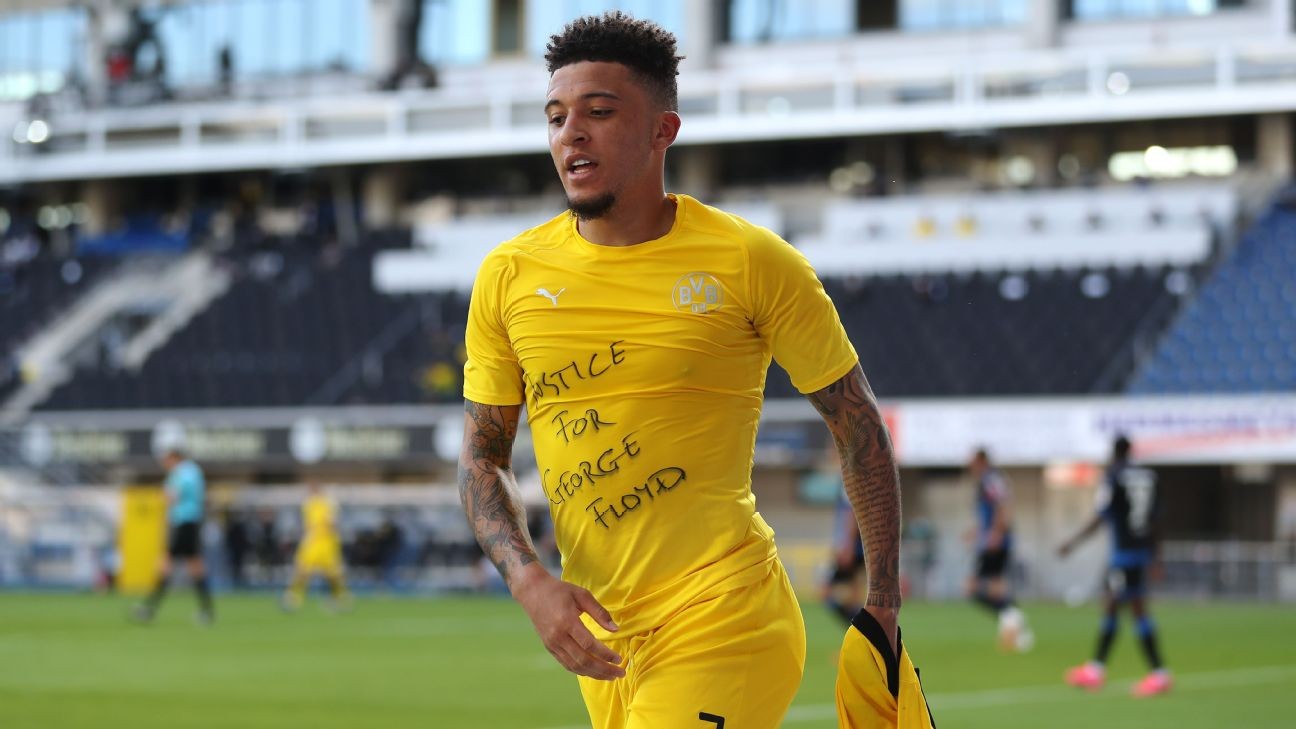 The executive director of football's anti-discrimination Fare Network has criticised the referee who showed Jadon Sancho a yellow card for taking his shirt off to display a handwritten message which read: "Justice For George Floyd" after scoring for Borussia Dortmund against Paderborn.

Floyd, a black man, was filmed gasping for breath on Monday in Minneapolis while being pressed under the knee of a white police officer for several minutes. Floyd's death has sparked days of protests across the U.S.

"The booking of Jadon Sancho, or any other player, for making a statement in support of a man who has been unjustly killed is the wrong decision," Piara Powar told The Associated Press. "This is not a party-political cause, or an issue that poses a threat to football but an expression of concern and solidarity from minority players."

McKennie donned an armband which read: "Justice for George Floyd," while Thuram went to one knee after scoring the first of his two goals in Gladbach's 4-1 victory over Union Berlin.

Hakimi revealed his own yellow "Justice for George Floyd" T-shirt when he netted Dortmund's fourth goal against Paderborn. The Moroccan was not booked.

The German FA have said they will investigate the players over the messages. However, in a case in 2014, then Cologne player Anthony Ujah -- who paid tribute to Eric Garner following his killing -- was only issued a warning.

"The DFB control body will attend to this issue in the coming days and scrutinise the circumstances of the case," a statement from the German FA read.

"Denying high-profile athletes an opportunity to express concern on big issues is neither correct nor can it be controlled in the post-Kaepernick era," Powar added.

San Francisco 49ers quarterback Colin Kaepernick took a knee during the national anthem in 2016 in silent protest of police brutality and racism that kicked off a period of pregame activism in the NFL.