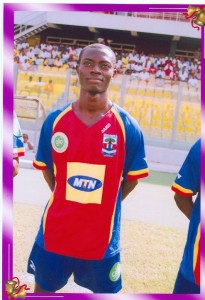 The Ghana Under-23 player has impressed the first division side while on pre- season tour of South Africa with his club.

The teenage sensation rose to prominence in last season's Premier League campaign where he played on loan at giants Accra Hearts of Oak.

"I am currently in talks with some clubs here in South Africa over a loan deal for Uriah Asante," club director of the club Isaac Tetteh (TT Brothers) confirmed to Asempa FM.

"Scouts present during our friendly games were most impressed with Asante hence the talks but the player would only be released on a loan basis."

Though the first option of purchase is believed to be in the hands of Hearts of Oak, the former African champions are yet to make a concrete offer for the player.