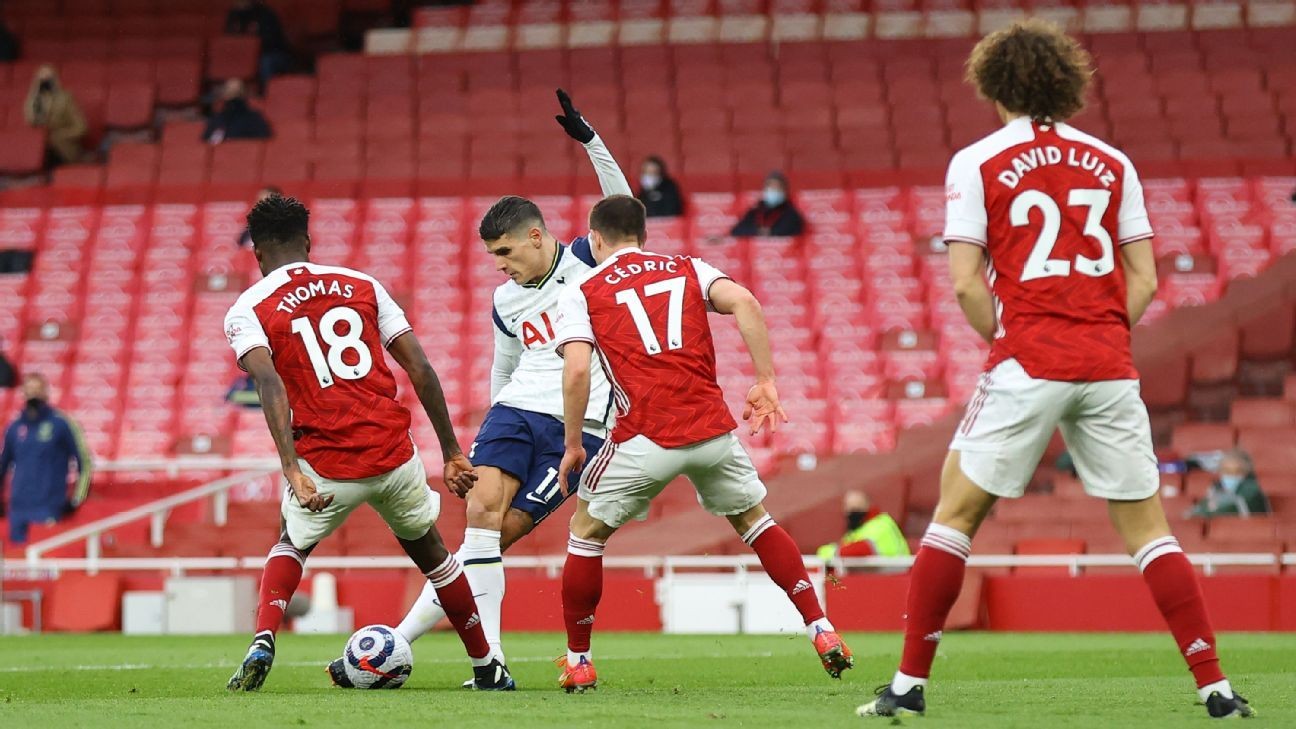 With the Ballon d'Or contest settled for another year, attention now turns to FIFA's The Best awards, which will include the Puskas Award being given to the scorer of the most beautiful goal scored in world football during the past 12 months.

FIFA's list of 11 nominations for the 2021 award includes a diverse cavalcade of goals scored from the Champions League to the Ghanaian Women's Premier League.

There are several familiar names in the running such as Riyad Mahrez, Erik Lamela and Patrik Schick, though the list also features some lesser-known players from across both the men's and women's game.

Despite winning a record seventh Ballon d'Or this week, Lionel Messi's long wait for a Puskas Award continues, despite the Paris Saint-Germain star being nominated seven times since the trophy was established in 2009.

Cristiano Ronaldo won the inaugural Puskas Award but has only received one further nomination since, finishing in second place behind Mohamed Salah in 2018.

Last year's winner was Son Heung-Min, who took top honours with his exceptional 75-yard solo run and strike for Tottenham Hotspur against Burnley in December 2019.

Indeed, with Lamela -- who left Spurs for Sevilla in the summer -- in contention this year for his outrageous goal in March's North London derby, Tottenham are in with a shout of becoming the first club to claim back-to-back Puskas Awards.

Colombia lost 2-1 against Brazil in their group-stage clash at the Copa America but Los Cafeteros opened the scoring in style inside the first 10 minutes of the match when Diaz connected with an acrobatic back-post volley.

Hein waltzed through a crowd of defenders before putting himself in on goal with a nimble pirouette and thumping an emphatic finish past the Chamois goalkeeper to cap off this fantastic virtuoso goal.

The Premier League's 2020-21 Goal of the Season was scored in a match that was a microcosm of Lamela's Spurs career. The Argentine opened the scoring with an exquisite rabona finish (which is something of a trademark of his), before getting himself sent off as his team fell to a derby defeat.

Stunning from every angle 🦂💥@valentinolazaro picks up November's Goal of the Month award with this fantastic finish 🏆 pic.twitter.com/i0xL5b2eHG

Lazaro's soaring scorpion volley was a 94th-minute consolation goal for Gladbach in a 4-3 defeat, but that doesn't make it any less spectacular.

Mahrez demonstrated his expert ball control, quick feet and ice-cold composure as he put his side two goals up against Zimbabwe by bobbing and weaving his way past two defenders.

Selected among the top 11 goals scored in 2020/2021 football season. pic.twitter.com/gXYr8RNelZ

Owusu-Ansah found the back of the Kumasi net with this powerful, dipping long-range volley. Extra credit for the strike going in off the post, and for a well-executed "cleaning the boots" celebration.

Incredible solo goal from Vangelis Pavlidis in the Eredivisie 🔥😱 pic.twitter.com/GEwyqjCymb

Having received the ball with his back to goal on the edge of Fortuna's box. Pavlidis turned and proceeded to silkily burrow through a heavily populated penalty area before prodding home from point-blank range.

Starting out on the left flank, Sanchez cut inside through a pack of three defenders before unleashing a perfect effort that nestled sweetly inside the very top corner.

Czech striker Schick scored what became the feel-good hit for the summer (unless you're Scottish) when he let rip from the halfway line to open the scoring at Hampden Park in truly outrageous fashion.

Chelsea knocked Porto out of the Champions League but not before Taremi took to the air to deliver an emphatic parting blow with a beautiful overhead kick that left Chelsea goalkeeper Edouard Mendy rooted to the spot.

This elegant chip from the edge of the box earned Weir her second Puskas Award nomination in as many years, with both goals coming in the Manchester derby.