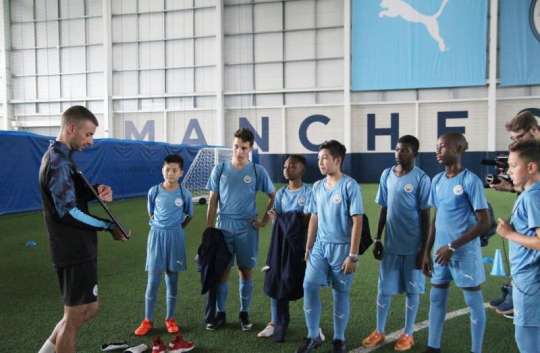 A statement copied to the Ghana News Agency said the support to the City Football Language School is a two-week football and English course for young football players.

The statement said the course, which began on July 28 would end today, August, 12.

It said the young footballers were selected from a competitive process in Ghana, Cameroun and Ivory Coast.

The statement noted that the selected young players would be exposed to Manchester City’s training philosophy and methodology through training sessions led by City Football School coaches.

The group, the statement said had the opportunity to improve on their English language skills on an interactive journey through the world of football with British Study Centres language teachers.

It said the highly innovative football and English language syllabus focused on maximising learning both on and off the field to cover key areas of a professional footballer’s life.

The statement quoted Mr Biram Fall, the Regional General Manager for Sub-Saharan Africa QNET as saying, “QNET continues to invest in talent development at all levels. The sponsorship of Manchester City Football Club as the Official Direct Selling Partner, is one of our commitments to the game of football and the passion that accompanies it globally.”

“The game of football unites people from different races and walks of life. It promotes teamwork, team spirit, hard work and passion. These are some of the core values of QNET as a business.”

QNET continues to entrench its reach across the continent, providing entrepreneurial opportunities for people and helping change their stories positively.