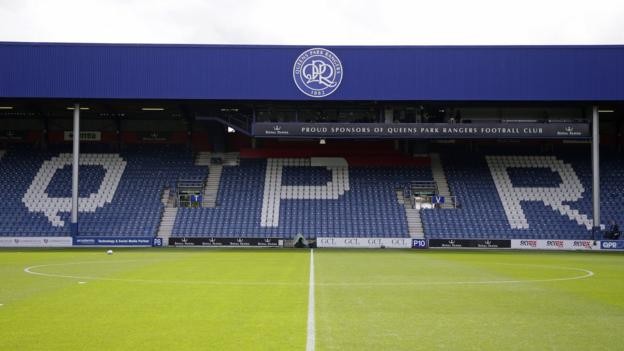 Queens Park Rangers' Loftus Road stadium will be renamed The Kiyan Prince Foundation Stadium from the start of the 2019-20 season.

Kiyan Prince was a member of QPR's youth academy, who was stabbed to death in May 2006 when he was 15 years old.

His father Mark set up the Kiyan Prince Foundation to educate young people about the consequences of knife crime.

The R's had announced their intention to gift the naming rights to the ground to a charity in April.

There have been 36 fatal stabbings in the capital since the start of 2019.

After receiving nominations from supporters, Championship club Rangers drew up a shortlist of five charities before asking fans to select their preferred choice.

The Kiyan Prince Foundation was the overall winner, with more than 63% of votes.

"I can't tell you what this means to Kiyan's mum, to me, his brothers and sisters, his friends and people who have been supporting the work we have been doing," said Mark Prince.

"Kiyan was a very special young man. We hear many stories about his kindness and good nature so to have the Kiyan Prince Foundation Stadium at a place where his skills were honed is a dream come true.

"This gives us so many opportunities and we have to make sure we capitalise on them."

Kiyan Prince, a striker in QPR's youth set-up, was stabbed outside his school