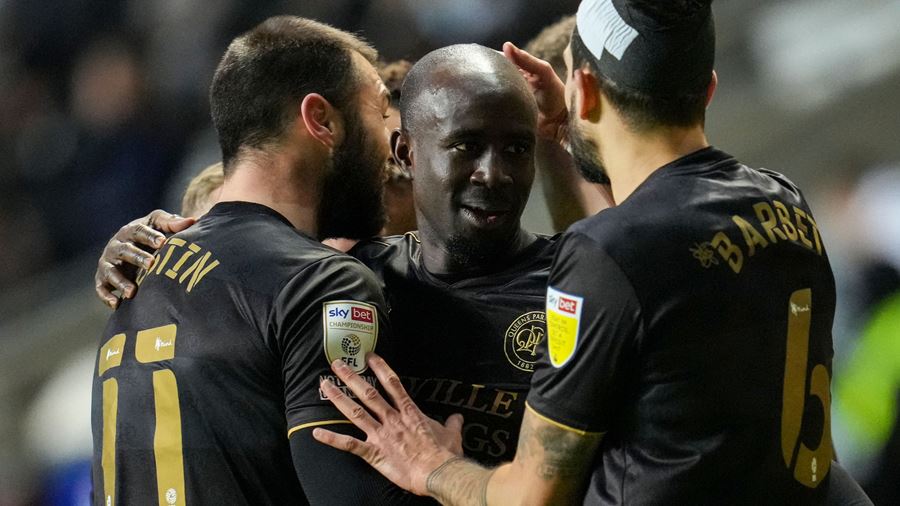 Queens Park Rangers winger Albert Adomah was full of praise for his side's defensive display in their 2-1 win at Coventry City in the English Championship on Saturday.

The Ghanaian veteran headed home Chris Willock's cross in the 88th minute to seal a fourth straight win for the west London side.

QPR are now two points behind second-placed Bournemouth with a game in hand.

Willock also set up the opening goal for Andre Gray, threading through a clever pass for the on-loan Watford striker, who fired home.

Jordan Shipley hauled the Sky Blues level with a cracking strike from near the edge of the penalty area five minutes into the second half.

But Adomah restored Rangers' lead with his second goal of the season.

“It was another great victory,” Albert told www.qpr.co.uk. “I know we didn’t play well, but to get three points is fantastic.

“Coventry played very well and we had to put our bodies on the line. Andre got the goal and the likes of Lee Wallace, Yoann Barbet, Jimmy Dunne and Rob Dickie were brilliant at the back.

“Marshy (David Marshall) was also fantastic – he pulled off a few unbelievable saves. He’s shown that we can count on him, and he has fitted in amazingly well in such a short space of time.

“Some games are like that – Sam Field was excellent in midfield in breaking up the play. Sometimes, you have to defend and hope that you can nick a goal at the other end.

“That’s what we did and Chris Willock laid on two more fantastic assists.”

He said: “That’s the thing about this team – we can score from anywhere.

“We have some of the best strikers in the league and we know they can score at any time. It doesn’t matter who plays – as a team we can rely on them.

“Last week, it was Charlie Austin, this week it was Andre. Next week – I’m sure it will be Lyndon Dykes.

“As I said, Andre scored his goal and it really helped the team. Then I was able to chip in from right-back.

“We won’t always win games like that, but to do so this time was the icing on the cake.”

“Whether you win or you lose, you just want the next game to come for different reasons,” Adomah continued.

“When you’re winning, like we are, you want to keep the momentum up and we want to continue to build on this form.”