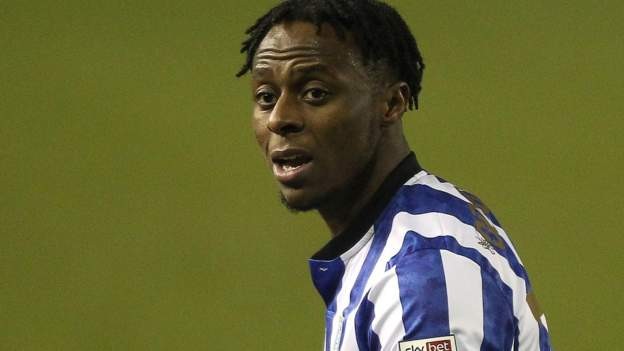 Moses Odubajo has been on trial with QPR during pre-season, and scored during their 4-2 victory over Manchester United last weekend

Championship club Queens Park Rangers have signed Moses Odubajo on a free transfer after his departure from Sheffield Wednesday.

The 28-year-old wing-back made 46 appearances during a two-year spell with the Owls.

Odubajo has signed a one-year contract at the Kiyan Prince Foundation Stadium, with the R's having the option to extend the deal by a further year.

He becomes the west London club's ninth signing of the summer transfer window.

Former Leyton Orient trainee Odubajo, who has also had a stint at Hull City, previously played under R's boss Mark Warburton at Brentford.

"Physically he has pace and power, technically he is comfortable on the football, and tactically he understands how he can use those attributes to impact on the game," Warburton told the club website.external-link