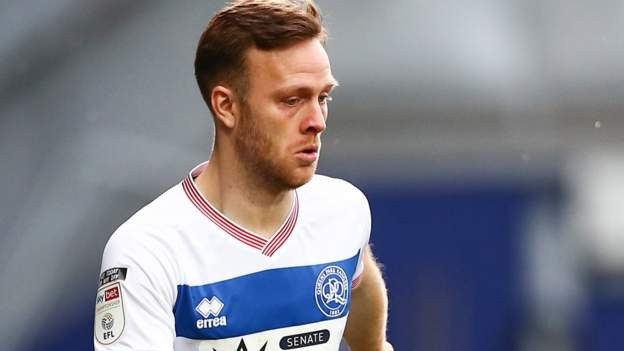 QPR's Todd Kane has received a seven-game ban and must attend an education session for using abusive language "referencing nationality or ethnicity" towards Brentford's Sergi Canos.

Defender Kane, who has also been fined £6,000, admitted the charge following the Championship game in February.

The 27-year-old Englishman said it was in response to an insult which also referenced his nationality.

The Football Association accepted Spaniard Canos' denial of that claim.

A QPR statementexternal-link said there was no justification for "insults pertaining to someone else's nationality" and that Kane will be disciplined internally.

The statement added that Kane had "shown remorse throughout" and that "both Todd and Rob Dickie, who witnessed the incident, have consistently testified that Todd's comment was in response to an opposition player using similar language about Todd's nationality".

Kane admitted he used abusive and insulting language contrary to FA rule E3.1, meaning an "aggravated breach" which rule E3.2 defines as language including a reference "whether express or implied, to nationality or ethnicity".

The QPR statement added: "Referring to anyone's nationality is not acceptable and the club and Todd apologise unreservedly to the player involved and to others for whom this incident has caused offence.

"Queens Park Rangers Football Club condemns all forms of discrimination and has been at the forefront of working to tackle this issue, in both our recruitment across all levels of the club and our action in the local community."