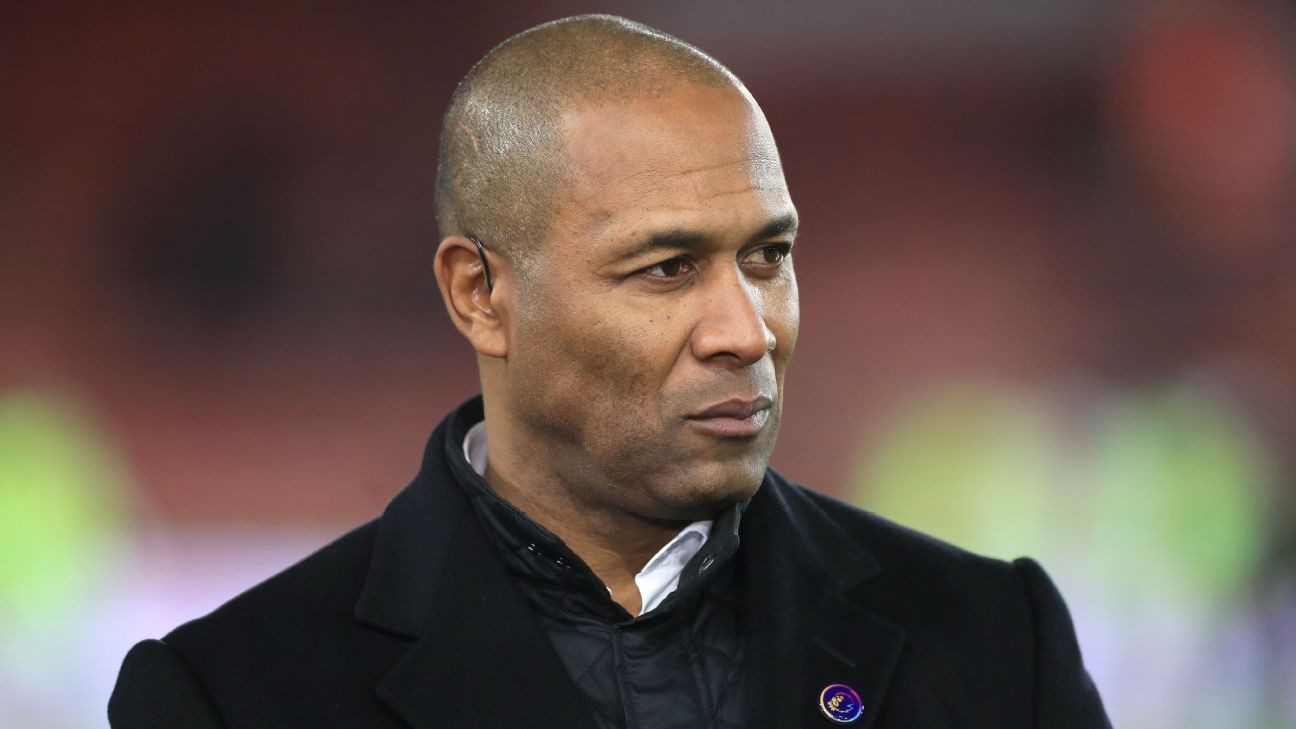 Queens Park Rangers director of football Les Ferdinand has said the "message has been lost" regarding footballers taking the knee at the start of matches.

Both sets of players failed to take the knee in the Championship match between QPR and Coventry City on Friday which led to criticism.

A number of England Football League clubs failed to take the knee over the weekend and Ferdinand has questioned whether the stance is making a real impact on the sport.

"This should not be about QPR," he said in a club statement. "Many clubs did not take the knee on the opening weekend, yet this was not reported.

"Taking the knee was very powerful but we feel that impact has now been diluted. In the same way 'Clap For Carers' was very emotional for us all, it got to a stage where it had run its natural course and the decision was rightly made to stop it.

"Does that mean we, as a nation, don't care or appreciate our NHS workers? Of course it doesn't. No one is more passionate than me about this topic.

"I have spoken on the matter throughout my footballing life. I work for one of the most diverse football clubs in this country. A lot of people are being fooled out there.

"Recently, I took the decision not to do any more interviews on racism in football because the debate was going around in circles. People want a nice soundbite when something happens, but how many of the media who have criticised QPR over the past 48 hours genuinely want change?

Joleon Lescott: I want to break down barriers for minorities in directors' rolesFrench football chief claims no racism in sport

"The taking of the knee has reached a point of 'good PR' but little more than that. The message has been lost. It is now not dissimilar to a fancy hashtag or a nice pin badge.

"Taking the knee will not bring about change in the game -- actions will."

The statement also added that the decision not to take a knee was not a lack of support for the Black Lives Matter Movement.

Back in June, footballers across Europe gave voice in the campaign to raise awareness of the Black Lives Matter movement outside of the United States, as it gained worldwide attention in the wake of the death of American citizen George Floyd in police custody in May.

Ahead of the 2020-21 campaign, Premier League clubs and officials agreed to continue to take a knee but decided to replace Black Lives Matter badges for ones which read "No Room For Racism."