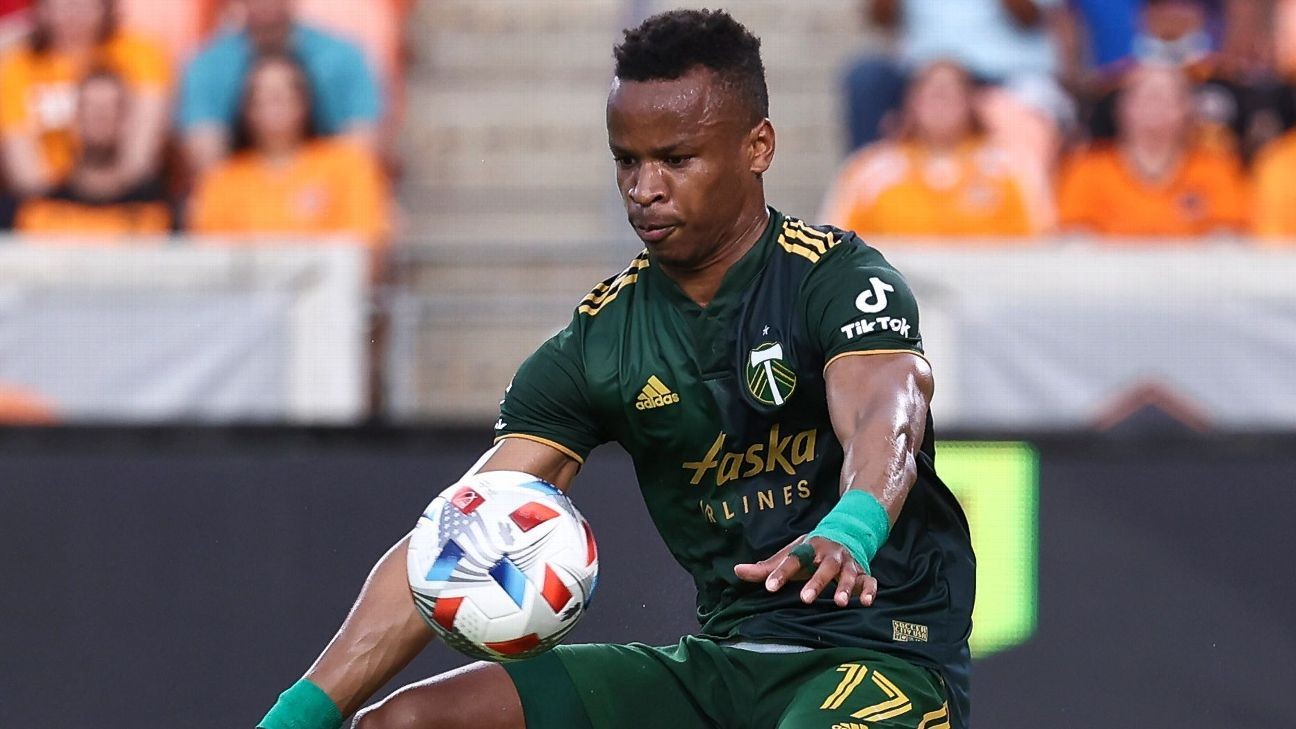 A new striker in San Jose.

The Timbers will pay the remainder of Ebobisse's 2021 salary, of which he is still owed $167,000, bringing down the total outlay from the South Bay club to an even $1m.

"I think the Earthquakes and the project that they've been building, especially since Matias [Almeyda] has been at the helm, is something that's been really exciting to watch from afar," Ebobisse said. "As an individual, I look at them and I see a unified group that's all going in one direction, through thick and thin, always backing each other. I want to add my personality to the group, learn from everyone that's already there, and try to add what I bring to the table on the field. It's an exciting project, in which there's a lot of faith in me to score a lot of goals. Ultimately I want to help the team in every way possible."

The former Duke star found himself third in the pecking order at striker, behind Felipe Mora and Jaroslaw Niezgoda, forcing him to primarily operate from the wings. Portland had more than $2.5m tied up in the trio, so losing Ebobisse's wages will help ease its salary cap crunch, as alluded to by manager Giovanni Savarese on Wednesday following his side's 1-1 draw against San Jose.

"He is a player that means a lot to us," Savarese said. "He is a player that I saw grow up in the club. He's a player that is very dear to all of us and I think sometimes there are decisions that are made that are not always [in] agreement and sometimes in this league ... has some things in regards to the way salaries and these types of questions have to be managed that makes it difficult as well."

The move to San Jose will grant Ebobisse the opportunity to play through the middle. Matias Almeyda's goal-hungry side has outscored just six other clubs in MLS this season, averaging just 1.12 goals per game in 2021, and of their attacking group only Javier Lopez and Cade Cowell can match Ebobisse's four goals this season, and they've needed four and three games more, respectively, to do it.

Ebobisse was drafted fourth overall in the 2017 MLS SuperDraft by Portland. He's made 88 appearances for the club, scoring 26 goals and adding eight assists in his four-plus seasons in the league.