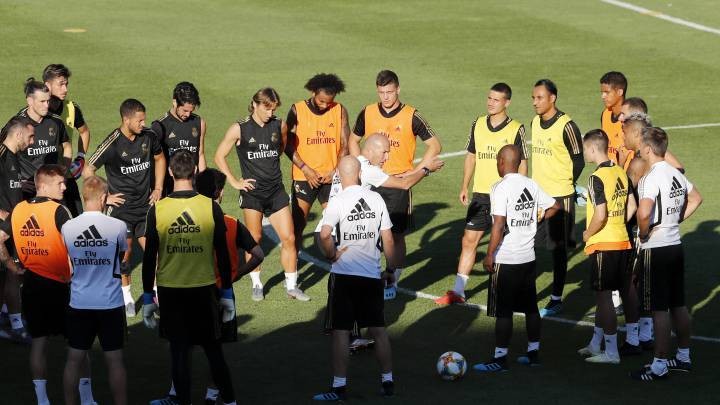 Speaking to AS, a qualified source at the club has said there "there will not be a return to play football until there is an effective treatment or a vaccine."

Real Madrid’s coaching staff still want to prepare for a number of possible scenarios amid the coronavirus crisis, including the possibility of LaLiga being completed in August.

However, with the passing of the days and the constant news of increasing numbers of confirmed COVID-19 cases and related deaths, there is growing pessimism at the club that a return to action this season is almost impossible. Not only do they see a return to competition as incredibly complicated at this point, but also the resumption of group training.

"At present, the plan to return [to work] is non-existent," a qualified source from within the club has told AS. "They will not be a return to play football until there is an effective treatment or a vaccine."

Coronavirus: Real Madrid one of many pessimistic LaLiga clubs

As it turns out, that was the general consensus among the clubs that met with LaLiga chief Javier Tebas on Monday. Of course, LaLiga itself does not want to give up on any possibilities of a return to play, as the industry’s livelihood largely depends on it – or at least the industry as we know it today. But at Real Madrid, any plans that were in place regarding a return to work as normal have almost all been extinguished.

Furthermore, as pessimism has grown, many questions surrounding a possible return have also arisen: What will happen, for example, if a player tests positive after the league resumes and he and his team mates are placed in quarantine? That would surely be enough of a reason to stop the competition again. And here we are talking about the domestic championship.

When it comes to European competitions, a return seems even more complicated. It would be logical to assume that countries will, as China has done, look to prevent any more possible outbreaks by safeguarding their borders and quarantining visitors on entrance to the country until they are tested and deemed negative for the virus.

Describing the current situation, AS’ Real Madrid source says that there is “total dejection” at the club, which has left Zidane already thinking about the next season.