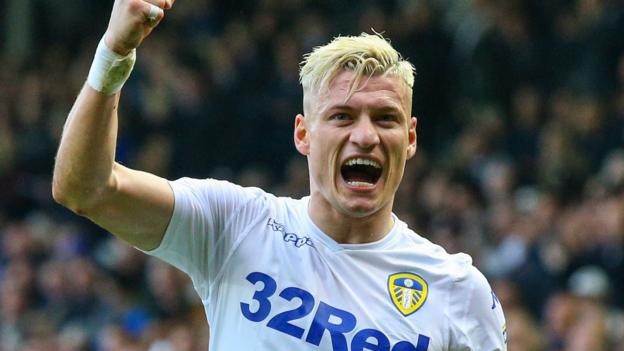 Midfielder Luke Freeman could return from a hip problem as QPR aim to avoid an eighth straight Championship defeat when they host promotion-chasing Leeds.

Defender Angel Rangel and midfielder Geoff Cameron are out.

The Whites will go back to the top of the table if they win at Loftus Road, and Marcelo Bielsa has named the same starting XI from the win over Bolton.

Gaetano Berardi and Barry Douglas are set to be back in the matchday squad following injury.

Rangers are on their worst run of form since losing seven in a row in the Premier League in 1995-96, with their club-record run of nine straight league defeats coming in 1968-69.

A nine-match winless run has seen the west London club slip from eighth and two points off the play-offs to 18th, nine points above the relegation zone.

"We have had seven games in 21 days and have another two tough ones coming up, and are not getting time on the training field to iron out the mistakes we are making.

"It is not nice going through [this run] but it is the making of men and character. You have to show resilience and perseverance.

"Generally the players have done that and we need to do it again, and not doubt ourselves.

"Leeds is a great game - what an atmosphere that will be. We have got to get right for that and have a go, then we have Brentford."

QPR have won three of their last four home matches against Leeds in all competitions (L1), including a 2-1 win in the FA Cup this season. Leeds haven't won consecutive away league visits to QPR since winning there in 1968-69 and 1973-74; seasons when the Whites won the top-flight title. Queens Park Rangers have lost each of their past seven league games; of the 72 EFL clubs, only AFC Wimbledon have been on a longer losing streak in the Football League this season (8). Leeds striker Kemar Roofe has scored six of Leeds' seven league goals against QPR since the start of last season; he is injured and will miss this match. QPR have conceded 11 goals in their last three league games at Loftus Road; the Hoops had only conceded 13 goals in their opening 13 home league games of the season before this run. Leeds have won one of their last 13 away Championship games in London (D5 L7) - however, that win came at Loftus Road against QPR in December 2017.