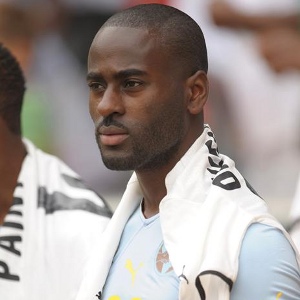 A host of clubs are keeping tabs on Quincy Owusu-Abeyie, the wingerâ€™s agents have disclosed.

The Ghana international is expected back at Al Sadd to finish off his final year left on his existing deal after a successful season on loan with Panathanaikos.

The 26-year-old managed six goals and eighteen assists in as many appearances for the Greek giants who have not hidden their intention of signing the former Arsenal man on a permanent basis.

A number of clubs are however ready to hand Quincy a route back to mainstream Europe with Napoli, Fernabahce and some English Premiership sides interested.

Al Sadd on the other hand will not be reluctant in cashing in on the pacey winger as they risk losing him for nothing when his contract expires next year.

"Quincy has come off the back of a great season so understandably he has a few options to consider,â€ a Â spokesperson for his agents Straight Ace Sports said.

"Panathinaikos are keen to make the deal permanent too.

"Quincy has thrived under the management of Jesualdo Ferreira at both Panathinaikos and La Liga sideMalagaÂ but Quincy's next move is not something we are going to rush into."

The former Dutch youth star played for Ghana at the 2008 Nations Cup on home soil and also at the 2010 World Cup in South Africa after successfully switching nationality.