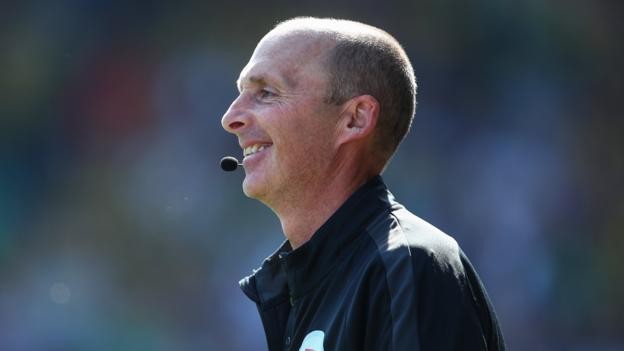 Mike Dean has refereed 499 games in the Premier League

Mike Dean will officiate in his 500th Premier League game when he referees Arsenal v Sheffield United on Saturday.

The 51-year-old is a long way ahead of his colleagues as the league's most experienced official but it's his other habits that have given the referee a bit of a reputation.

Because of his facial expressions, flamboyant brandishing of cards and amusing mannerisms, Dean has developed a celebrity status among football fans. So, how much do you know about this unlikely cult hero?