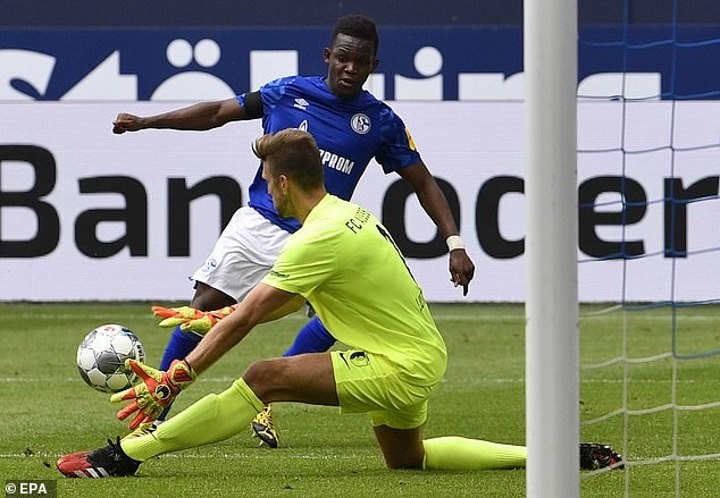 Rabbi Matondo has played down talk of a move back to the Premier League this summer by insisting his focus remains on Schalke.

Reports earlier this month revealed that Manchester United are keeping tabs on the 19-year-old as a possible alternative to Jadon Sancho, who is the club's primary summer target.

Schalke have resumed their Bundesliga campaign and for Matondo, who moved to Germany from Manchester City, results on the pitch are his focus again, rather than what may happen in the future.

'Obviously there are people talking, asking me and stuff but I am not really thinking about it,' Matondo told the Manchester Evening News.

'Hopefully I can get into the team and help them climb up the table.'

Matondo is seen as a more affordable option for the club if Dortmund do not move on their £100m-plus valuation. of Sancho.

Ole Gunnar Solskjaer is determined to add to United's attacking options this summer as he looks to close the gap on Liverpool and Manchester City.

In the MEN's previous report about United's interest, it emerged that Wales Ryan Giggs gave Solskjaer glowing scouting reports on Matondo and he has named the former City winger in all of his squads since the teenager's first call-up in November 2018.