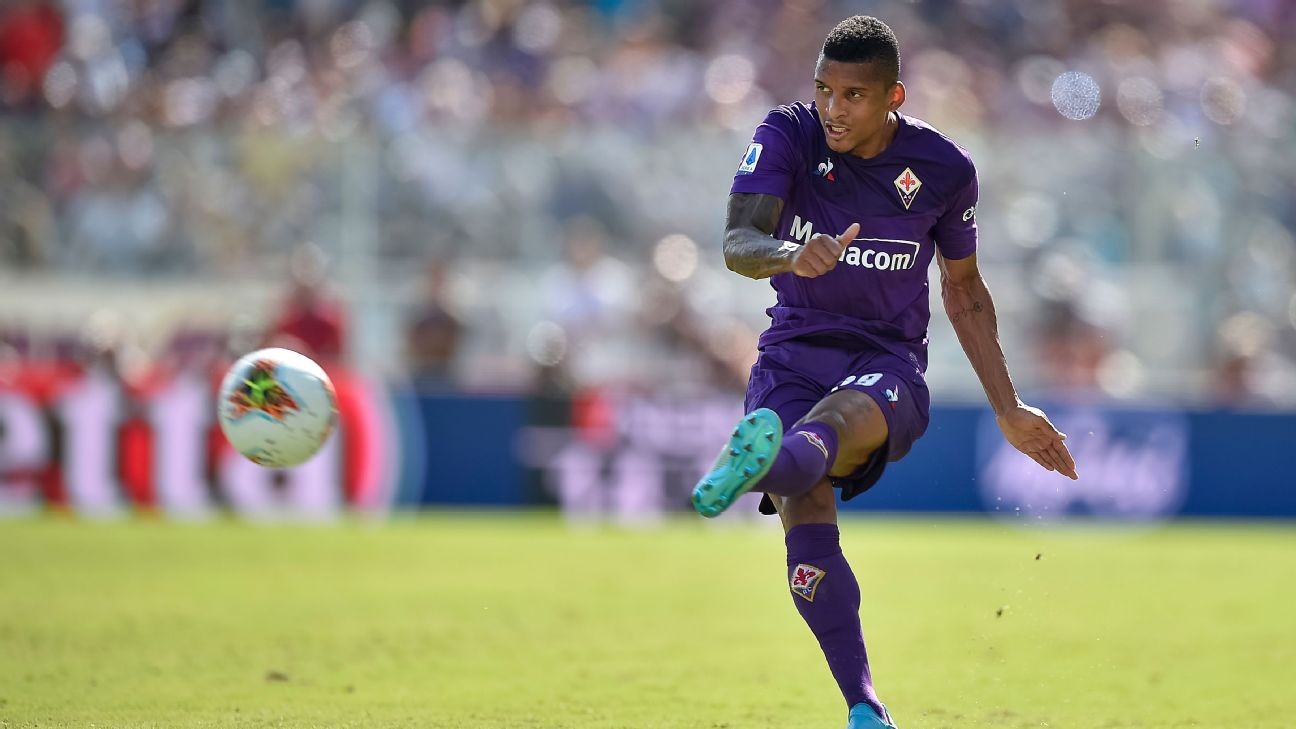 Racist chants prompted a brief suspension during a Serie A match between Atalanta and Fiorentina.

The referee ordered a warning to be read over the stadium's loudspeaker after the chants were apparently made by Atalanta fans toward Fiorentina full-back Dalbert Henrique, a Brazilian player who is black.

Toward the half-hour mark, Dalbert stopped and glared at the direction where the chants appeared to come from, and he then spoke to the referee.

The address over the loudspeaker, warning that the match would not resume until the chants stopped, was met with whistles from the crowd. Once the crowd calmed down, the match resumed after a break of several minutes.

It's the latest incident in a spate of racism in Serie A. Inter Milan's Romelu Lukaku and AC Milan's Franck Kessie have also been targeted this season but no club has been punished by the league judge.

"Racism is combatted with education, condemnation and discussion," Infantino said. "You can't have racism in society or in football. In Italy the situation has not improved and this is really serious. You need to identify those responsible and throw them out of the stadiums. You need, as in England, the certainty of the penalty. You can't be afraid to condemn racists, we need to combat them until they stop."

Atalanta, based in Bergamo, are playing in Parma while their stadium is being renovated.