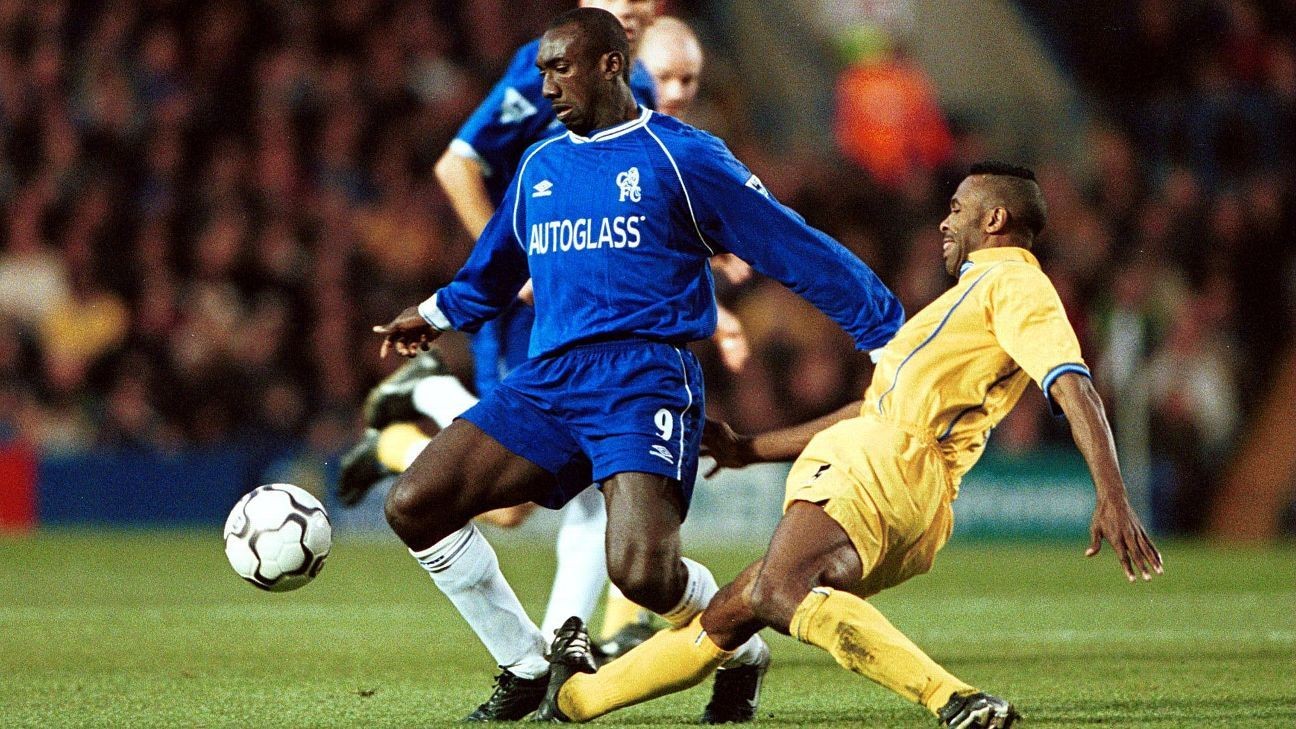 Leeds United's promotion to the Premier League will see them renew "deep" rivalries with Chelsea and Manchester United, Lucas Radebe has told ESPN.

The former Leeds and South Africa captain, known as "Chief" to fans and friends alike, is delighted to see his old side back in the Premier League after a 16-year absence. A new generation of players and supporters, he says, will now be treated to the do-or-die encounters against Manchester United, Chelsea and others, in which he made a name for himself -- even putting in an impressive shift as a stand-in goalkeeper against the Red Devils in 1996.

"I remember, when we played Chelsea, Jimmy Floyd Hasselbaink came to me and said: 'Chief, please don't kick me,'" Radebe told ESPN, recalling an encounter with his former Leeds teammate who had committed the cardinal sin of signing for a sworn enemy.

"To be honest with you, the whole 90 minutes, I just kicked him."

Radebe swapped shirts with his old friend after the game, the fierce fight on the field not diminishing the mutual respect between the pair; it was an act that did not necessarily follow the script, albeit the physical contest between the pair had followed a historical lead.

Leeds' rivalry with Chelsea dates to the 1960s, when the Yorkshire club became a force in English football for the first time, under the management of Don Revie, and won the league for the first time in 1969. Chelsea, at the time, were also on the rise, and the clubs played a number of fiercely contested fixtures that culminated in the 1970 FA Cup Final, which the Blues won after a replay regarded among the dirtiest matches in football history.

Hasselbaink had drawn frowns from the Leeds supporters when he transferred to Chelsea, but it could have been worse; at least he had not joined Manchester United -- or, as Radebe calls them, "the Other Team That Wears Red."

"It was deeper than what you think," Radebe said of Leeds' rivalry with Manchester United, which, like that with Chelsea, dates to the 1960s.

"The songs that the fans sing towards the Manchester United players and fans -- I am, myself, ashamed sometimes. They were terrible. The reception that they get once they arrive in the stadium is embarrassing for me to see.

"That's where it starts. For players as well; there was that aggression and fierce tension between us. We didn't see eye-to-eye... it took some of those players like Roy Keane not coming into the players' lounge after the game -- going straight into the bus because of the abuse that they suffered in the field of play [to show the extent of the animosity between the clubs].

"Playing away, as well... we would wake up in the morning with a bus full of eggs [thrown at it by rival supporters]. Once you get to the ground, you can feel: 'This is hell.'"

Radebe's recollections of his battles come without a hint of malice, and more than a tinge of nostalgia. Besides, there is no reason for lingering grudges.

"To be honest, looking at other clubs like Wimbledon that have gone down and never came back, I never thought [promotion] would happen that quickly," Radebe said.

"But I always had that belief that [Leeds] is so big that it would get back to the Premier League. It was just a matter of time and a matter of [finding] somebody that would share a dream with the fans of Leeds, and knowing about the culture and tradition of that club."

The "somebody" was Marcelo Bielsa, the enigmatic Argentine, whose coaching disciples include, most notably, Pep Guardiola, Mauricio Pochettino and Gerardo Martino.

"He is respected throughout football," Radebe said of Bielsa. "He is one of those managers of character.

"To be honest, he turned things around. The players that played before him, who were just ordinary at best, are very good players for the Premier League this season, which is unbelievable.

"Getting Marcelo Bielsa was unbelievable, because you could have linked him with Manchester United, Chelsea or Arsenal. But him coming to Leeds meant that there was a dream to be realised. Now, he has turned the club around. He's God. He's the Special One."

Radebe is every bit as impressed by Bielsa's attitude toward social responsibility as his football philosophy.

"He's shown that he is a different type of manager," Radebe said.

"To take the players in his first season and make them pick up papers and rubbish around the training ground ... that's a character,"

It is unsurprising that Radebe is intrigued by this aspect of Bielsa's leadership, as he has never forgotten his roots, growing up in apartheid South Africa. Radebe could have been forgiven for becoming bitter, but, instead, his tough start in life appears to have instilled a sense of duty to engage with and serve humankind.

Radebe, who captained Bafana Bafana at the 1998 and 2002 FIFA World Cup tournaments, and who was described by Nelson Mandela as "My Hero," was not completely shielded from racism in Leeds, but nevertheless he became a hero in a mostly white community; during his time there, he feels he was able to change mindsets -- including his own.

"What I appreciate most is not football and accolades, but what I've learned from the club," Radebe said.

"For me, it's the connection between the players and the fans and the community.

"Yes, there were a few racial incidents -- even before -- which, to be honest, gave me more extra encouragement and inspiration to get involved.

"Thanks to the club [because] they started this project.

"One was 'Learning with Lucas.' There were kids coming to the club after school to learn about my culture, where I come from, and how I've managed to get to Leeds, and learn about the players and how professional football works."

Radebe found the experience of speaking to juvenile offenders to be particularly jarring, however. Never one to shy away from a challenge on or off the pitch, he immersed himself in the experience and emerged "a better man."

play1:40How will Marcelo Bielsa and Leeds fare in the Prem?

Don Hutchsion looks forward to seeing how newly-promoted Leeds United will do in the Premier League.

"Going into [institutions for juvenile offenders], most of them that I met were white and fierce," Radebe said.

"At a point, I was scared for my life, because the questions they were asking were very, very difficult. From my position, you would say I have nothing to lose, but those boys are behind bars. Those kinds of projects made an impact at how I look at life with a different perspective.

"The fact that Madiba [Mr. Mandela] even came to Leeds [in 2001] made things much better. I think we [Radebe and others who served Leeds' community affairs initiatives] were valued so much because our impact and contribution towards the club linked to the city. You could see the change in people's perceptions and mindsets.

"I was glad that I could drive through the Black community in Leeds without any trouble. When I first arrived, I was told not to take that route.

"It takes an individual to change one's perception, but he has to change himself first before he can change somebody else."

On the pitch, Radebe hopes to see Leeds competing in Europe again soon, having made the Champions League semifinals just three years before they were relegated from the Premier League. Off the field, he insists the players must each build their own legacy as servants of the city he will always call his second home. And he offers a final message to his former club ahead of a new era.

"Where you are is because of the people that have carried you," he said.

"The fans, the families -- your family.

"[Think of] the name at the back of your shirt.

"You are the only person that can bring the pride of your surname, and you can impact [the community], because each and every individual is different. It doesn't matter where you come from, because we all come from different backgrounds, but you have something to contribute that will forever leave a legacy."