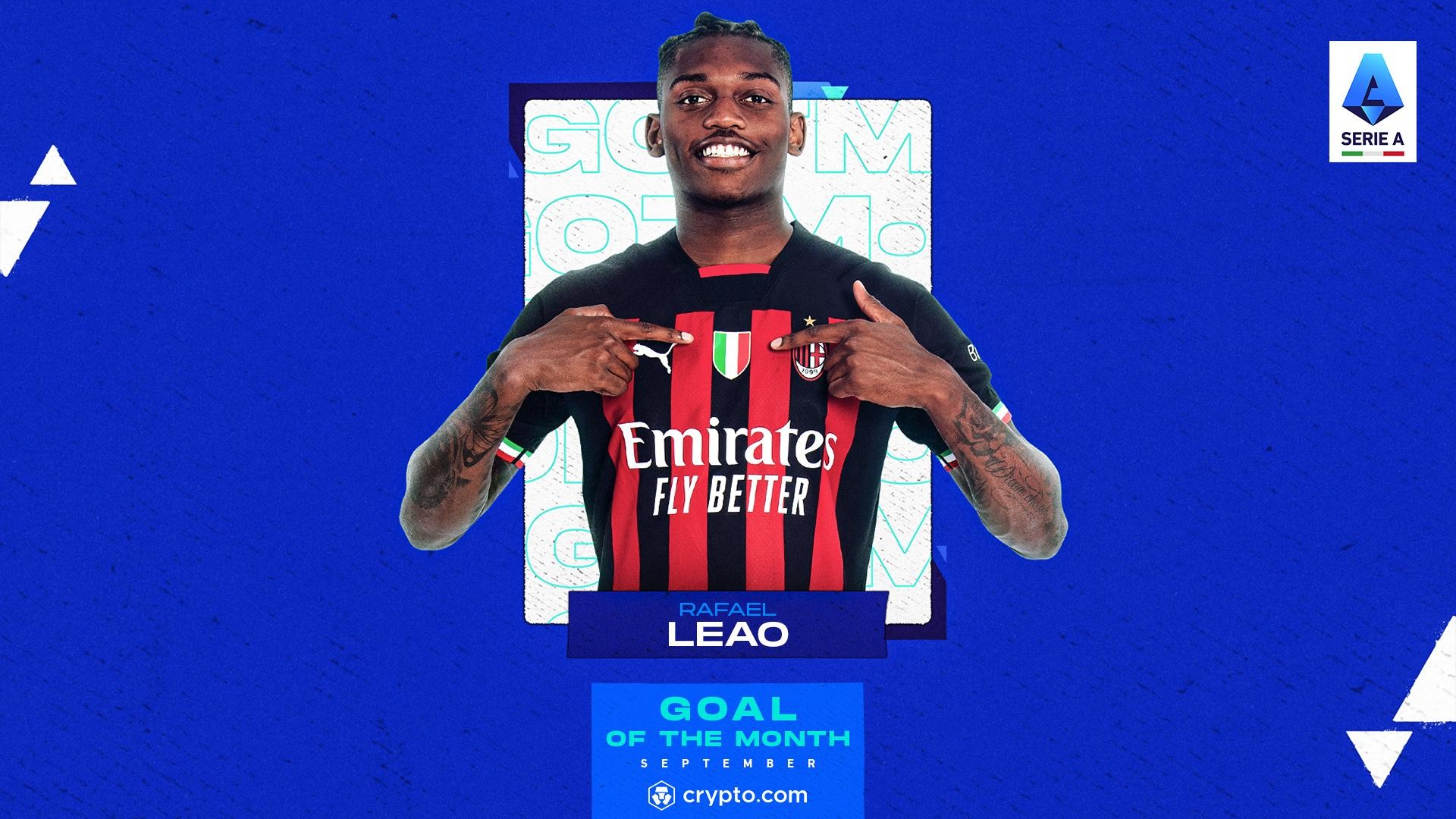 Rafael Leao won the Goal Of The Month presented by crypto.com award for September.

The goal scored by the AC Milan striker in the match against Inter on 3 September was the most voted by fans on Lega Serie A's official social channels.

The fantastic personal action with which he scored the Rossoneri's third goal in the Milan derby allowed Rafael Leao to beat in the votes the perfect conclusion from outside the box by Paulo Dybala in Roma's match against Empoli.