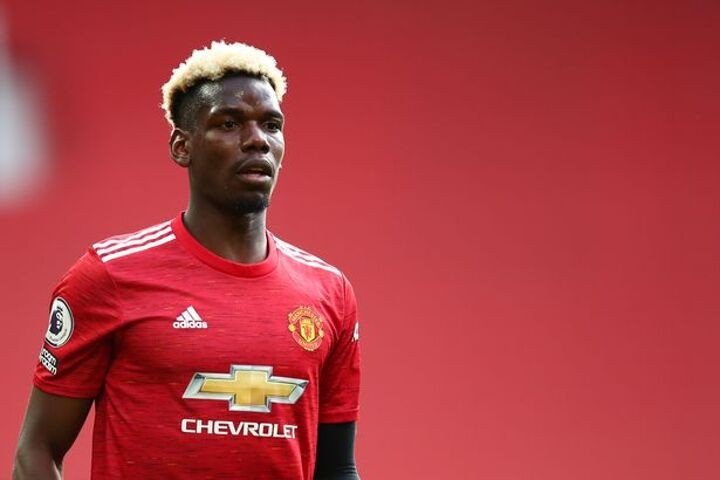 The Frenchman’s contract at Old Trafford is entering its final year, with talks over a new contract currently failing to progress between United and Raiola.

Pogba has become a crucial player under Ole Gunnar Solskjaer, making 42 appearances in all competitions in the campaign just gone.

But with Raiola as his agent, the midfielder has also long agitated for a departure from the Red Devils, with a return to Juventus appearing his most likely destination.

While that is still a possibility, it appears that PSG are now emerging as one of the frontrunners to mount a move for Pogba.

The midfielder has never played in France, with United and Juventus the only two clubs he has turned out for in his career.

The 28-year-old has become one of the key players in France’s national team, playing a key role as Les Bleus won the 2018 World Cup.

He is currently starring at Euro 2020, playing the key pass in the build-up to Mats Hummels’ own goal which saw France beat Germany in their opening match of the tournament.

Certainly, signing a player of Pogba’s calibre would be a major coup for PSG, who are looking to rebuild following a disappointing season.

They have already made moves to tie Pogba’s national side team-mate Kylian Mbappe down to a longer-term deal.

With manager Mauricio Pochettino plotting a squad overhaul following a season which saw the Parcs des Princes outfit finish as runners-up in Ligue 1, it seems Pogba has emerged as a target.

Such a transfer now appears to have taken a major step closer with the news that Raiola has flown out to France to meet with Al Khelaifi.

The Qatari businessman has run the French side ever since they were taken over by the Qatar Sports Investment group.

And RMC Sport report that Raiola has now travelled to the city of Nice in the south of France to meet with the PSG chief.

They state that Pogba was one of the players discussed during the meeting, with Moise Keane also on the agenda.

It is believed that the Ligue 1 giants are plotting a move for Pogba as they eye the uncertainty over his United future.

They feel the midfielder would make a valuable addition to Pochettino’s squad as the Argentine looks to revitalise his side.

But it is set to take a sizeable bid to convince the Red Devils to sell, with the Premier League side already beginning discussions over a new contract.

Brining Pogba to the French capital would certainly go down well with the PSG squad, with centre-back Presnel Kimpembe recently admitting he would be delighted to see the midfielder join.

“He's a big boy, he doesn't need anyone to make up his mind. Any club would be happy to welcome him. It only depends on him, his agent and his future club,” he said.