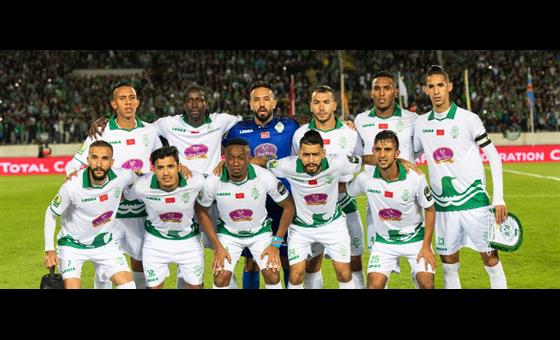 Morocco's Raja Casablanca were crowned African Confederation Cup champions on Saturday after surviving what would have been a stunning comeback from Vita Club in Kinshasa, losing 3-1 on the night but prevailing 4-3 on aggregate.

It looked a straightforward task for Raja to win their first African title since lifting the old CAF Cup in 2003, having won 3-0 in the first leg in Casablanca.

They made it further difficult for the Congolese outfit when Abdelilah Hafidi stunned the home crowd to put Raja ahead in the first half.

However, Jean-Marc Makusu scored for Vita Club just before the halftime whistle and two goals from Mukoko Batezadio and Luamba Ngoma after the break ensured there were some nerve-jangling minutes for Raja.

But the Moroccans held on to emerge winners, with their Spanish coach Juan Garrido becoming the first manager to win the competition with two teams after steering Egyptian giants Ahly to the title in 2014.

Both sides had early chances to open the scoring, with Raja's Mahmoud Benhalib astonishingly missing an open net after five minutes and Makusu sending a free header just wide at the other end after 20 minutes.

The hosts looked dead and buried when Raja took the lead one minute later after a midfielder was dispossessed, Hafidi slotting home after a flowing move.

At that point, Vita Club needed to score five goals without reply to cause a huge upset.

Makusu gave them a glimmer of hope when he curled in a brilliant free kick on the stroke of halftime.

In the second half, it looked as though Vita Club can turn around the result.

Batezadio added a second in the 71st minute and Ngoma netted again just three minutes later, both from low efforts from inside the area.

However, they were unable to add more goals as Raja celebrated a precious victory.