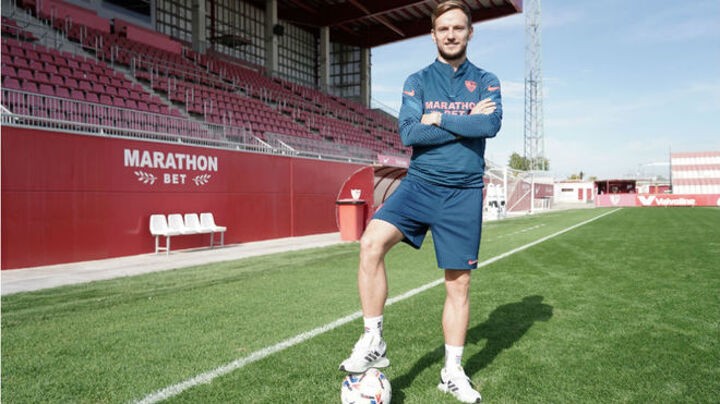 Ivan Rakitic will take on Real Madrid this Saturday afternoon, but it won't be in a Clasico on this occasion. The midfielder has returned to Sevilla and is ready to face his international teammate Luka Modric and the rest of Zinedine Zidane's men.

Sevilla come into this match after a 4-0 defeat against Chelsea and Rakitic is keen to put that behind him, as he explained in an interview with MARCA.

How did the thrashing by Chelsea affect the team?

"Obviously we didn't want to lose. We were good at stages of the game, but Olivier Giroud made the difference. Little details punish you in the Champions League. We saw the quality that Chelsea and Giroud have. Perhaps we were punished a little too much, but all we can do is learn from that and not let it get to us. What we're doing is good. It's just something to learn from and to get better from."

Is the lesson that Sevilla can't win when not playing at 100 percent?

"Not just Sevilla, it's the same for all teams. You can't make the slightest mistake in the Champions League. When that happens, you need to learn quickly. If there's a moment to learn, I prefer that it's this match. We can't let it stick with us. You need to learn quickly in the Champions League. If we needed to have a moment like this, at least it was when we were already qualified."

To forget about the Chelsea game, now you have Real Madrid.

"It doesn't need saying that we need a reaction. We have to really forget the Chelsea game and we have a nice fixture ahead. We have been in good form in the league and we come into this game with a lot of happiness and confidence. I repeat, the team have been doing many things well."

The fact that Real Madrid are in a crisis, what does that mean?

"With respect, I think we just need to think about what we're doing. We know who Real Madrid are and how Real Madrid play and what Real Madrid are capable of. In a long season, we all know we'll go through good and bad moments. We shouldn't look at the opponent's situation, but rather focus on ours. To beat Real Madrid we'll have to play a complete game. We have to go for them."

But it can't be ignored that Real Madrid come in to this match with nerves and that they need a good result.

"The team who needs the win the most is us! [Laughs] We want to win every match, whether it's against Real Madrid are any other LaLiga team. We always have motivation because beating Real Madrid would mean three points. We're in a positive run of form domestically. This league is very complicated and we have to make the most of every opportunity."

I imagine you'll hug your friend Luka Modric? He's playing everything with Real Madrid and Croatia.

"Those of us who know him aren't surprised. He's one of the few players who can change an entire team, you see his importance. He looks comfortable right now and he's playing great matches, even if the results haven't always gone with those performances. It doesn't matter how old his passport says he is, he's in a sweet moment and I hope he doesn't have another good afternoon against us."

You aren't playing with the national team right now, but have you messaged each other about this match?

"Well, we just played in the Champions League a few days ago... I'm sure we'll speak before the match because he is a good friend. I wish him all the best and he knows that. He has a great supporter and fan in Seville."

This is a strange season. What can you and Sevilla achieve?

"We need to work with humility and maybe we can achieve important things. There's no need to look so far forward, as we have to enjoy the day to day. With motivation, hard work and sacrifice, nobody will be able to beat us. If you do many things well then the reward will come. So, we're focusing on work and not on other things. This team will bring a lot of happiness to Sevilla fans."

What is your feeling with Julen Lopetegui?

"He is one of the best coaches I have worked with. He has a spectacular coaching staff, they work on all the details. They live for us, really. They prepare each match with an incredible intensity. They transmit good working values. I'm convinced that the mix they have is perfect for us. So, I thank the coach for the confidence he has shown in me. I'm sure we're going to enjoy things together."