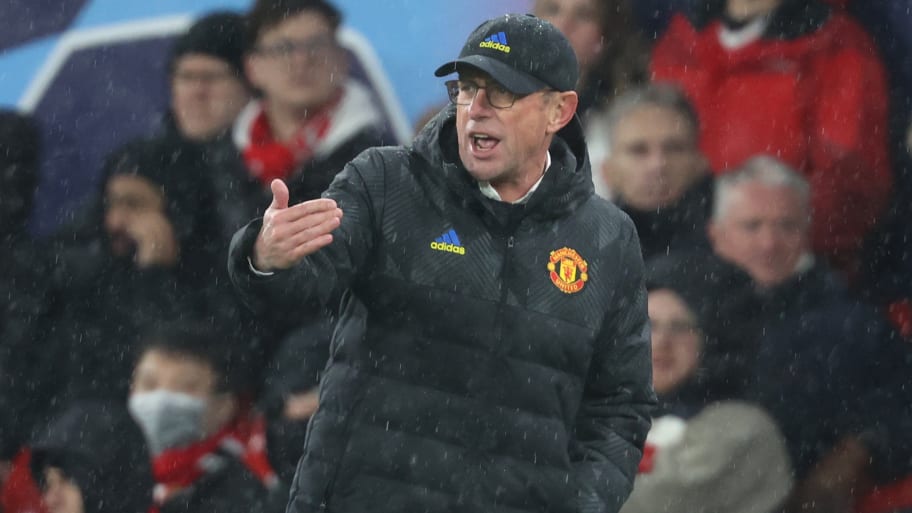 Ralf Rangnick admitted that Manchester United were too ‘sloppy’ with missed chances to score against Young Boys and he found it ‘annoying’ by the way that his team lost the ball too easily throughout the game, which is how the equaliser in the 1-1 draw was conceded.

Rangnick opted for a heavily rotated side with 11 changes from the lineup that beat Crystal Palace on Sunday, both to rest the established players and provide game time for those on the fringes.

“I was fully aware before the game that this team hadn’t played together, not only with regard to formation but also as a team,” he told BT Sport. “The first half hour we did quite okay, we had a few unforced errors even in those first 30 minutes but at least we had control of the game.

“I think we should have been minimum 2-0 up, if not 3-0 up. We had two great opportunities, one from Amad [Diallo] and the other one from Juan Mata. But we didn’t score [and] we were a bit sloppy with those situations – a third one with Anthony Elanga in the second half.

“We could have scored three or four goals, but obviously after we conceded the equaliser, we were not defending high enough or proactive enough and could also have conceded two or three goals.”

Having failed to take their own chances, Rangnick was also disappointed to see United invite pressure onto themselves by doing things with the ball he had advised the players against.

“What really was a little bit annoying was the way we gave the goal away. We played too many balls into the first line of their pressing area – this was also the case with the goal we conceded,” he explained, breaking down the detail.

“We could have cleared the ball easily and whenever we played the ball into the second or third line, we were always dangerous. I told them that before the game but they still played the ball in that situation and [Young Boys] were just waiting for that – it was more or less a pressing invitation.”