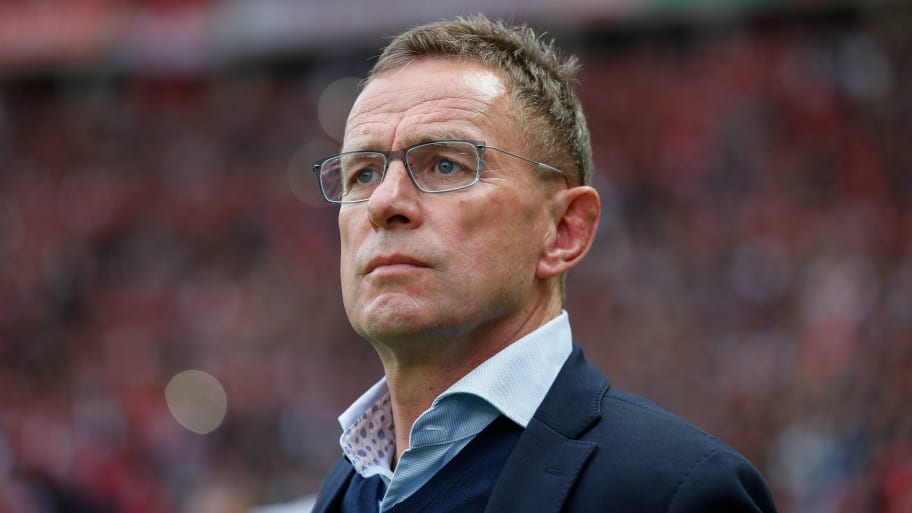 Manchester United interim manager Ralf Rangnick has named his first starting XI of his six-month spell in charge - and he's made no changes from the side that beat Arsenal on Thursday.

The Red Devils take on Crystal Palace at Old Trafford hoping Rangnick can maintain the momentum generated by Michael Carrick during his short spell as caretaker manager; a two-game Premier League stretch that saw a point taken off Chelsea last weekend, before victory was secured over old adversaries Arsenal.

The German has opted to stick with the same team that Carrick picked in that 3-2 win, meaning United are likely to line up in a flexible 4-2-2-2 formation.

David de Gea, unsurprisingly, maintains his place in goal, with the ankle niggle that he picked up when Arsenal scored their opening goal not serious enough to rule him out of contention.

Cristiano Ronaldo leads the line as expected, and the Portuguese will be tasked with adding to the six Premier League goals he's scored since he returned to the club.

Heading into the game against Palace, who have been impressive in patches under summer appointment Patrick Vieira, United sit seventh in the Premier League table, trailing league leaders - and bitter neighbourhood rivals - Manchester City by a whopping 14 points.

Realistically, the aim for Rangnick is to begin hunting down surprise package West Ham, who sit fourth on 27 points - six ahead of United - after they fought back from a goal behind on two occasions to beat Chelsea 3-2 at London Stadium.