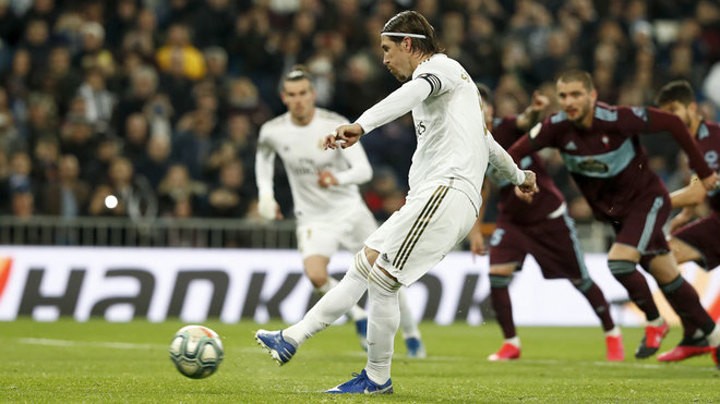 Continuing to keep up his fine record, Sergio Ramos converted from the penalty spot against Celta Vigo to join Rodrygo Goes as Real Madrid's second-joint top scorer with seven goals so far this season.

The captain went straight to the penalty spot after Eden Hazard was brought down and he converted calmly past Ruben Blanco.

It was Ramos' fourth penalty scored this season and he continued to prove why he has been Real Madrid's first-choice penalty taker ever since Cristiano Ronaldo departed.

Last season, he took eight and scored eight, with his total record since the exit of Cristiano standing at 12 goals from 12 attempts, with two in the Copa del Rey and one in the Supercopa de Espana.

Adding in his penalties for the Spanish national team, Ramos' last miss was with Cristiano still in Madrid in May 2018 against Sevilla, having scored 18 in a row.