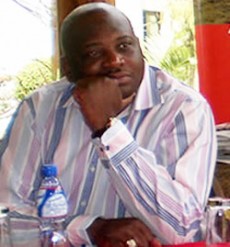 Footballâ€™s world governing Fifa has confirmed Randy Abbey as its media coordinator for Ghana at the World Cup in South Africa next month.

Fifa conducts a thorough research on those put forward by their federations to speak on behalf of their World Cup team before its approval.

Abbey, who is also a broadcaster by profession, was given the quick clearance after impressing in his maiden appearance as a Fifa media coordinator for the Black Stars.

The Metro TV anchor is expected to make sure the players and officials are available on appointed press conferences at the World Cup in South Africa.

He will also answer pertinent issues concerning the Ghana FA while taking charge of the Black Stars media strategy for the team.