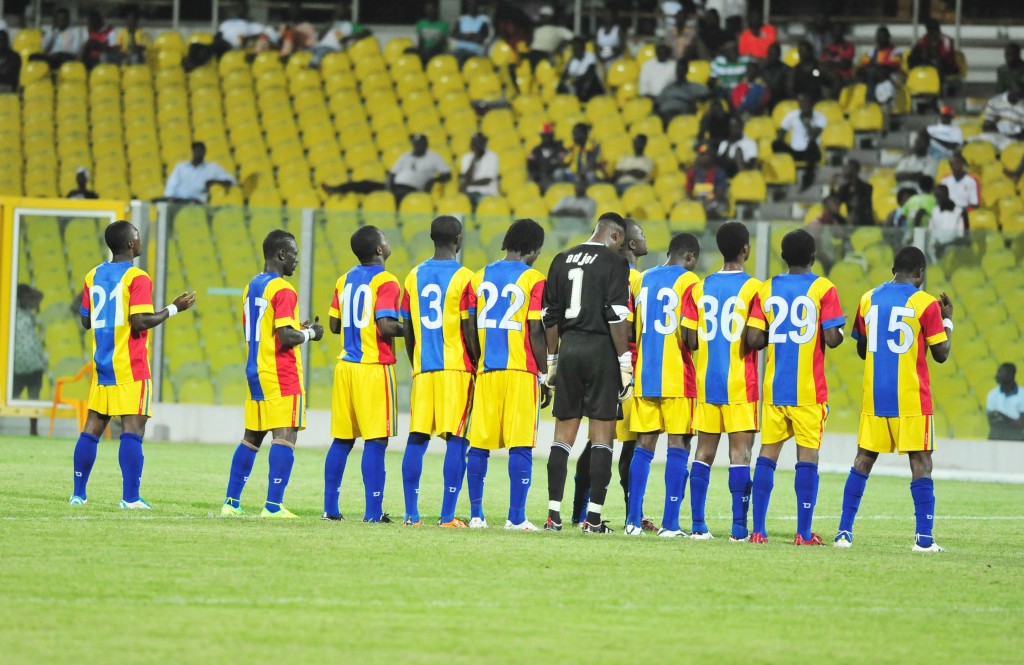 Two explosive second half strikes by Razak Adegbete and George Aguda in the 73rdÂ and 80th minute respectively proved far too strong for the celebrants who could only manage a late consolation through Uriah Asante from a spot kick.

Sundayâ€™s game which recorded a very disappointing turnout was expected to serve as the icing on the cake for Heartâ€™s month-long celebrations to mark its 100 years of existence but rather turned into their worst nightmare.

After playing some delightful football especially late in the first half and very early on in the second, striker Mahatma Otoo and Uriah Asante who in particular was very influential throughout the game spurned numerous goal scoring opportunities.

Substitutions made by stand-in coach Tanko Ibrahim did little to help Hearts' course as it rather weakened the team.

One of such substitute's Faisal Yusif turned instant villain in the 73rd minute when his poor attempt to clear a loose ball fell kindly to Adegbete who made no mistakes at all in planting the ball firmly pastÂ substituteÂ goalie Laud Quartey to silence the few Hearts fans at the Stadium.

The Phobians' subsequent charge for an equalizer was dearly punished by a Rangers swift counter attack which was neatly finished off by Aguda at a time Hearts have committed almost every player forward for an elusive goal.

Referee William Agbovi then eventually handed Hearts a soft late penalty which was converted by Uriah Asante but remained only a consolation as the whistle was blasted moments later to end the game.

Not only does the defeat mar Hearts' centenary celebrations, but it also gives Asante Kotoko who had their coach Maxwell Konadu in the stands aÂ psychologicalÂ edge ahead of next week's top of the table league clash in Accra.