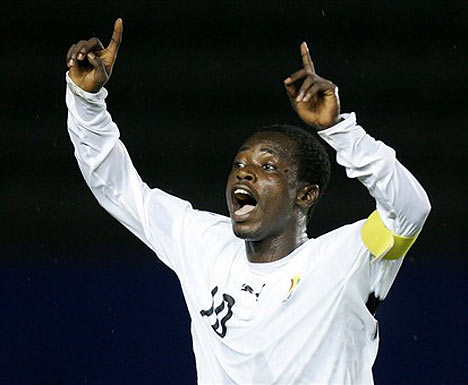 Ghana international Ransford Osei believes he is on his way to recapture his high-level performance.

The 21-year-old joined South African side Bloemfontein Celtic till the end of the season after recovering from crippling injuries that kept him sidelined for much of the past two years.

He has since been given a run-in by the ABSA Premier League side and the former FC Twente attacker believes he is on the road to rediscover his form.

â€œI believe one of the major setbacks that has really slowed my career is the number of injuries I have had to deal with,â€ Osei told Sunyani-based Storm FM

"It really kept me on the sidelines for majority of those seasons but I think things have been a little bit better at Celtic now.

â€œWith the form am picking now I hope I'll hit the top soon and Ghanaians will see the Ransford Osei they knew sometime back.

"Am very grateful too all Ghanaians because even when I was on the sidelines many people called and wished me well and encouraged me not to give up and that really inspired me to seek regular football and bounce back for my fans,â€

Osei was rated as one of the brightest young stars in Africa when he finished as runner-up in the goal-scoring stakes at the 2007 FIFA Under-17 World Cup that was hosted in South Korea.