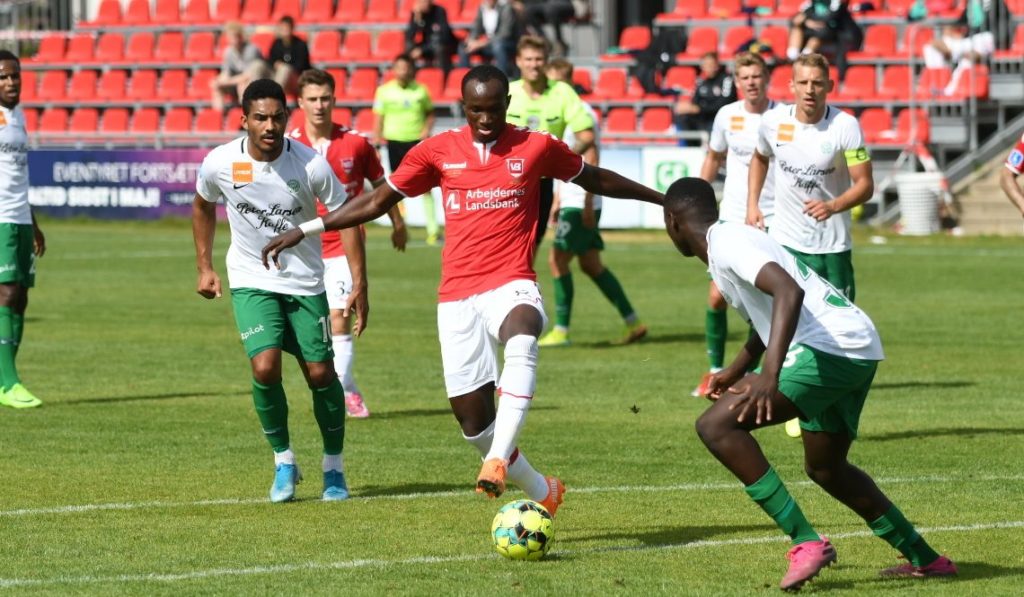 Ghana stirker Raphael Dwamena scored his second goal of the season as Velje BK hold FC Copenhagen in the Danish Superliga on Sunday.

Velje shared the spoils with the champions with a 2-2 scoreline at Velje Stadion.

Dwamena was introduced in the game in 64th minute in place of teenager Faghir Wahidullah when his side were trailing 2-1.

The 25-year-old scored in the dying minutes of the encounter slotting home from a pass from Brazilian player Allan Goncalves Souza.

Dwamena joined Velje in August 2020 and has made three appearances in the league so far scoring twice in the process.