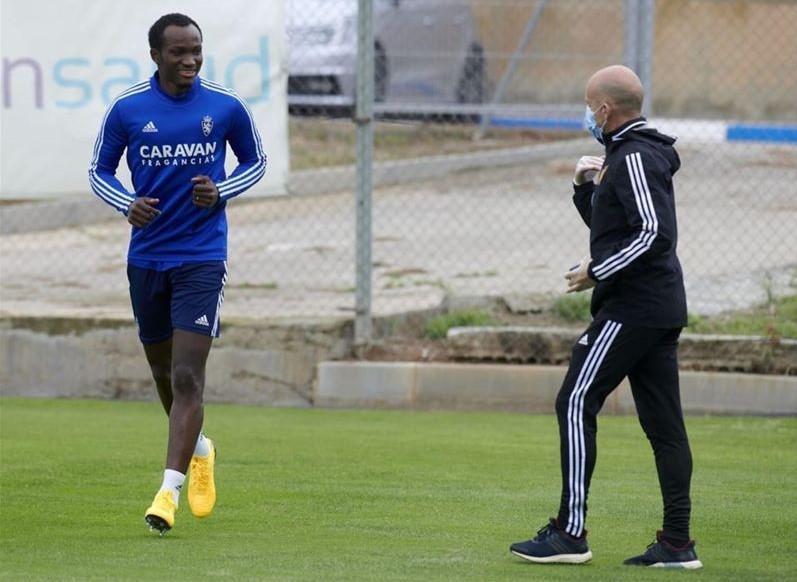 Ghana striker Raphael Dwamena will remain at Real Zaragoza till the end of the season despite ending his one-year loan contract.

The 24-year-old's deal with the second tier side expires today (Tuesday) , sending his agents to scratch their heads over where he would play his club football next term.

The recovering Ghana international will continue to train with the team although he will not get any minute again this season.

Dwamena is determined to play again and has been handed the chance to continue to train with the Spanish side due to his professionalism and good character.

Following a bright start to life at La Romareda, Dwamena, unfortunately suffered a heart problem that threatened his life.

To stay safe, he was advised by doctors to take an indefinite break from football and has since not played in a competitive game.

The 24-year-old subsequently consulted with a number of specialists from Ghana, Spain, as well as Switzerland.

He has now gotten his condition under control, allowing him to train with the likelihood of continuing his football career.

With respect to the loan contract between Levante and Real Zaragoza, Dwamena’s ties with the latter will end next week Tuesday.

He still has two years contract with Levante with the club not in a hurry to decide on his fate.

They want the player to have various opportunities before deciding on whether he wants to continue playing at the top level or retire.