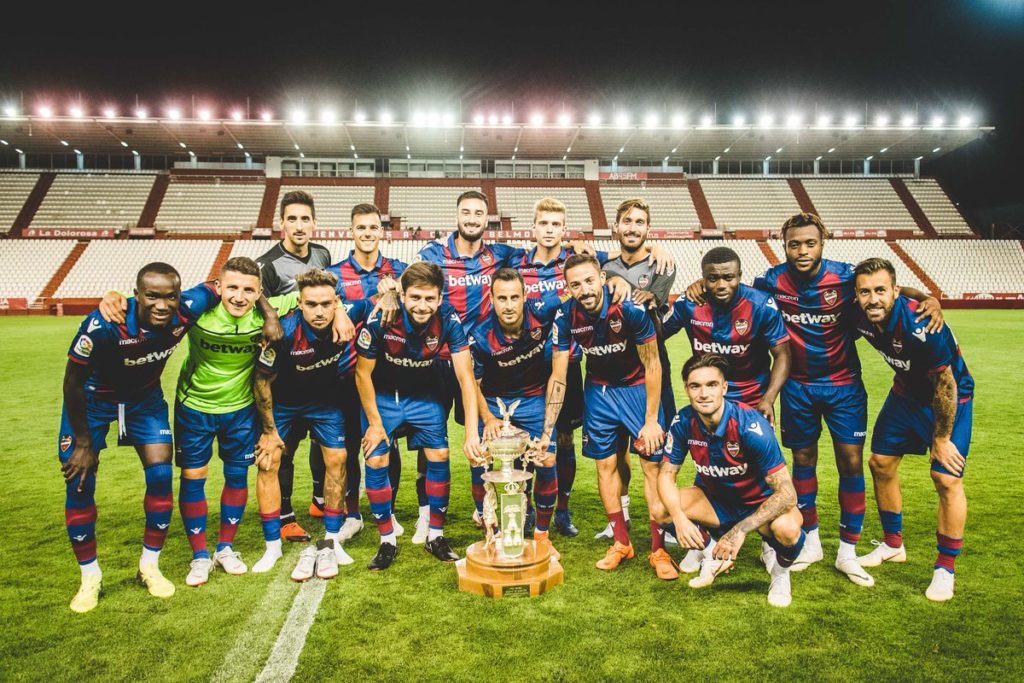 The former FC Zurich forward came on in the second as Levante drew 2-2 with Albacete. However, with a trophy at stake the Ghana International saw his side beat the lower tier side 6-5 on penalties.

Levante started the game brightly with forward Jason opening the scoring in the 27th minute. The La Liga side doubled the lead 12 minutes later through Roger.

Meanwhile, Jose Antonio Caro pulled one back with a minute to half time. In the second half, it was all Albacete, and 9 minutes to time Rey Manaj made it 2-2.

Dwamena came on in the 62nd minute for Roger, the second goal scorer for Levante.

The 23 year old joined the Spanish side from Swiss club FC Zurich on a four year deal.