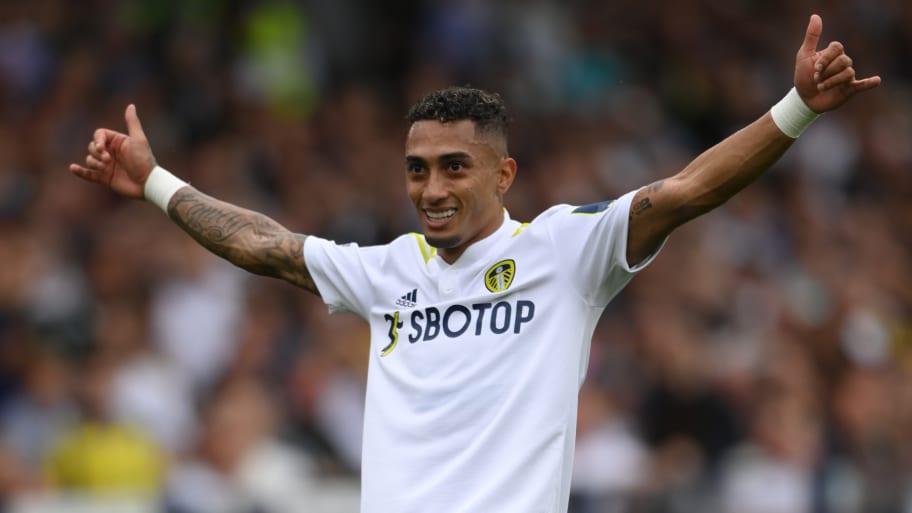 Raphinha's agent has revealed Liverpool are one of a number of teams who 'like' the Leeds winger.

The Brazilian has been linked with the Reds since he moved to the Premier League, having impressed so far with his performances for Marcelo Bielsa's side. Last season, Raphinha contributed six goals and nine assists as Leeds finished ninth, while he has already netted three times this term.

Deco, the former Barcelona and Chelsea playmaker and his agent, has now admitted Liverpool were one of a number of clubs who made their interest known.

“Raphinha became an important player in the Premier League, the club knows he has grown and things will happen naturally,” he told Globo Esporte.

“He is young, he has many challenges ahead, there are certainly several clubs that like him, and Liverpool do like him, there were approaches, but nothing official.

“Leeds wanted to keep him for another season.”

Current Reds midfielder Fabinho has also revealed he hoped a deal could be done to bring Raphinha to Anfield in the summer. The pair have just been on international duty with Brazil and the 27-year-old heaped praise on his compatriot for his performances in England so far.

He said: “Raphinha, since arriving in the Premier League, has had a very good performance and stands out in Leeds.

"In this market, there was a discussion about him going to Liverpool, but in the end he stayed at Leeds. He’s the best player in the team, we know he’s the one who can cause the most danger.

“Since he arrived in the Premier League he has had very good performances and highlights. For Liverpool, I was hoping that would happen. But in the end, he stayed with Leeds.

“He’s Leeds‘ best player today. Whenever we play against them, we know he’s the player who can cause the most danger.”

This article was originally published on 90min as Raphinha's agent reveals Liverpool 'like' Leeds star.