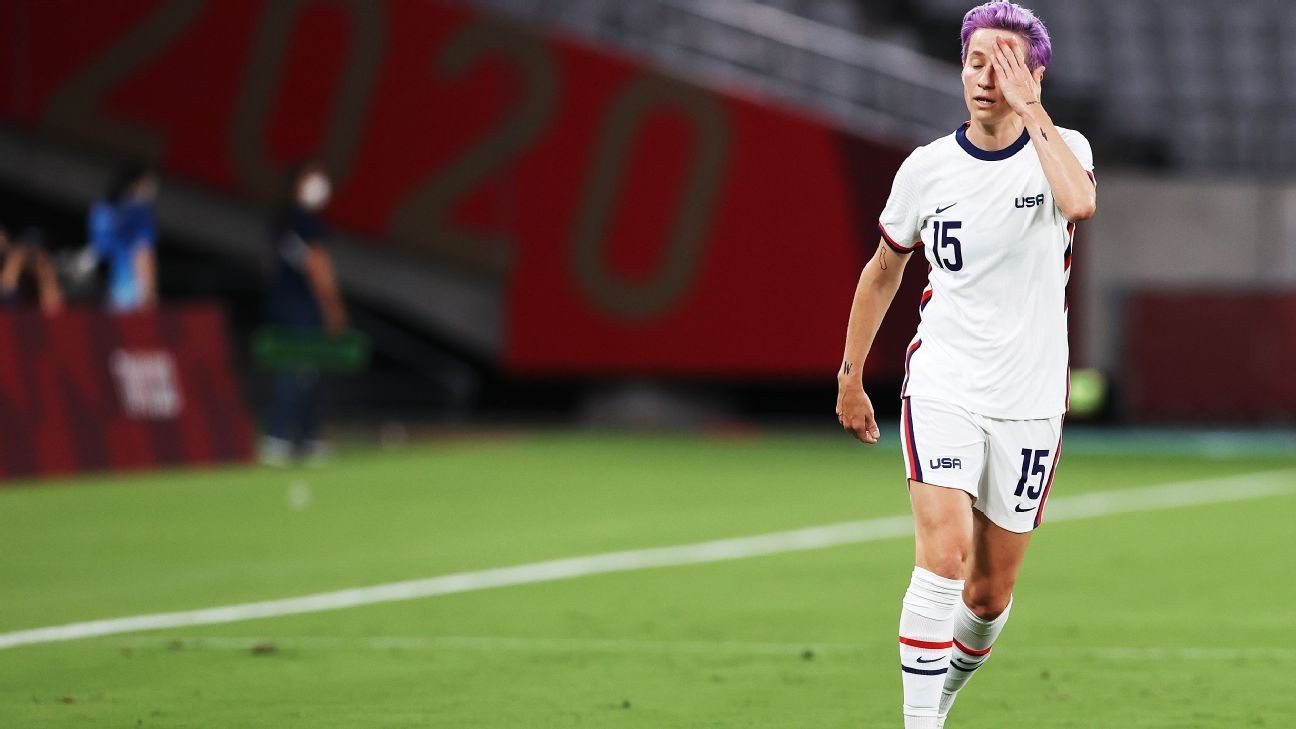 The U.S. Women's Soccer Team's Olympics hopes have reached "do or die mode" following their surprise 3-0 loss to Sweden in their opening match, Megan Rapinoe has said.

USWNT's defeat on Wednesday broke a 44-match unbeaten streak but the world's top ranked team can still make it to the knockout round and a medal match. At the 2008 Beijing Olympics, the United States fell 2-0 to Norway in the first match before going on to win gold.

On the opening defeat to Sweden, Rapinoe said: "I think we just got a little bit in our head.

"We'll obviously watch film and all that, but you drop points in the beginning of a tournament and now you're in sort of a do or die mode. So you've got to pick up points, otherwise we're going home quick, and you don't want to do that."

Forward Christen Press said: "We've had a long string of wins and I think we haven't had a lot of games where we had to come back.

"I think it was actually really good to have this match. In 2008 we lost our first match and the team won gold. So I think now we're seeing this as a learning opportunity. And the message is already 'Heads up, put it behind us, next game.' There's no time in a tournament like this to dwell."

It was the first loss for the United States since January 2019, when the team fell to France 3-1 in Le Havre. The U.S. went on to win the World Cup that summer.

The Americans are vying for their fifth overall gold medal, more than any other nation, in a sport that first appeared in the 1996 Olympics. They're aiming to be the first women's team to win an Olympic title following a World Cup.

The United States failed to medal at the Rio de Janeiro Games after it was ousted in the quarterfinals by Sweden. And the Swedes drew 1-1 with the Americans in April, the team's only non-victory this year.

The United States moves on to Saitama, where they'll play New Zealand on Saturday as the group stage continues.

"She was like: 'We don't have a choice. We have to come out the next game and we have to be absolutely ruthless.'" Davidson said. "So I think that's what everyone has on their mind right now."