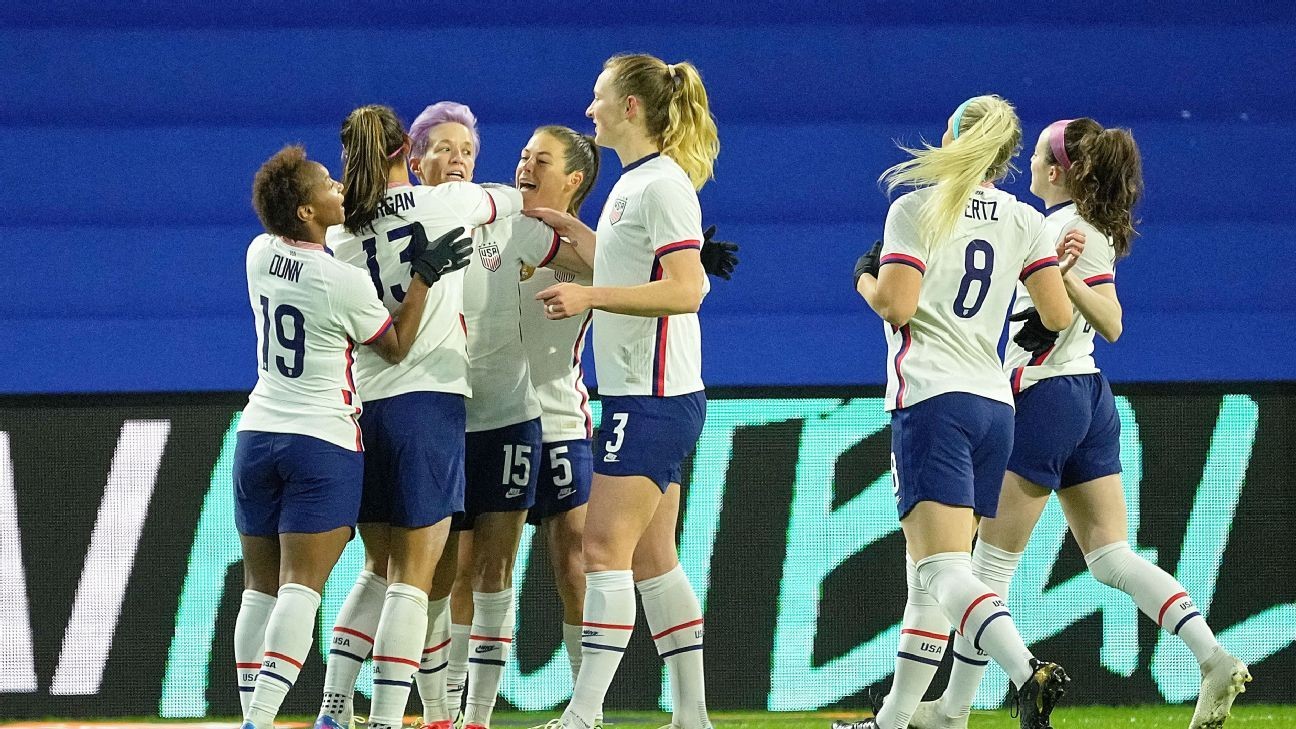 Megan Rapinoe and Alex Morgan scored and the U.S. women's national team beat France 2-0 in an exhibition on Tuesday.

The United States extended its unbeaten streak to 39 games, dating to January 2019 when the Americans fell to France 3-1.

Rapinoe scored on a penalty kick in the fifth minute. She leads the team with seven goals in seven matches this year. Morgan made it 2-0 with her 109th career goal in the 19th minute.

Rapinoe scored twice against the French in a 2-1 quarterfinal victory at the 2019 World Cup, and the United States went on to win its second straight title in the tournament. France had not lost a match since then.

France was missing some of its top players, including Wendie Renard, Amandine Henry and Dephine Cascario, because of a coronavirus outbreak on that trio's club team, Lyon.

The Americans were coming off a 1-1 draw against Sweden on Saturday in Stockholm that snapped a 16-game winning streak.

The United States, the top-ranked team in the world, is preparing for the Olympics in Tokyo. France beat England 3-1 on Friday. The third-ranked French did not qualify for the Olympics.