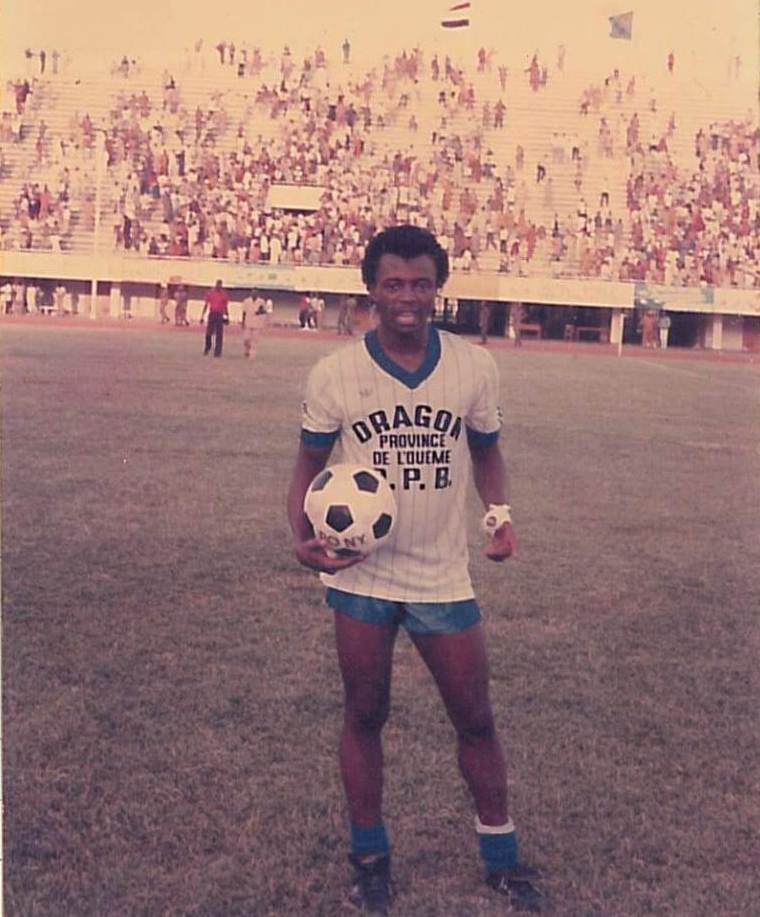 A rare photo of Ghana legend Abedi Pele during his short stint at Dragons l'Ouémé of Benin has emerged.

Then 20, the youngster was honing his talent for what would later turn out to be a fulfilled career including winning the African Player of the Year for three consecutive times.

He scored 11 goals in eight appearances.

Abedi opted for Benin after the two biggest clubs in the country- Hearts of Oak and Asante Kotoko-failed to sign him.

This was two years after he had returned from the Libya where he helped Ghana to win the 1982 Africa Cup of Nations.

The then rich owner of the Benin side Alhaji Gbadamassi signed the talented Ghanaian youngster and helped the club to reach to the quarter-final of the CAF Cup which is today known as the CAF Confederation Cup.