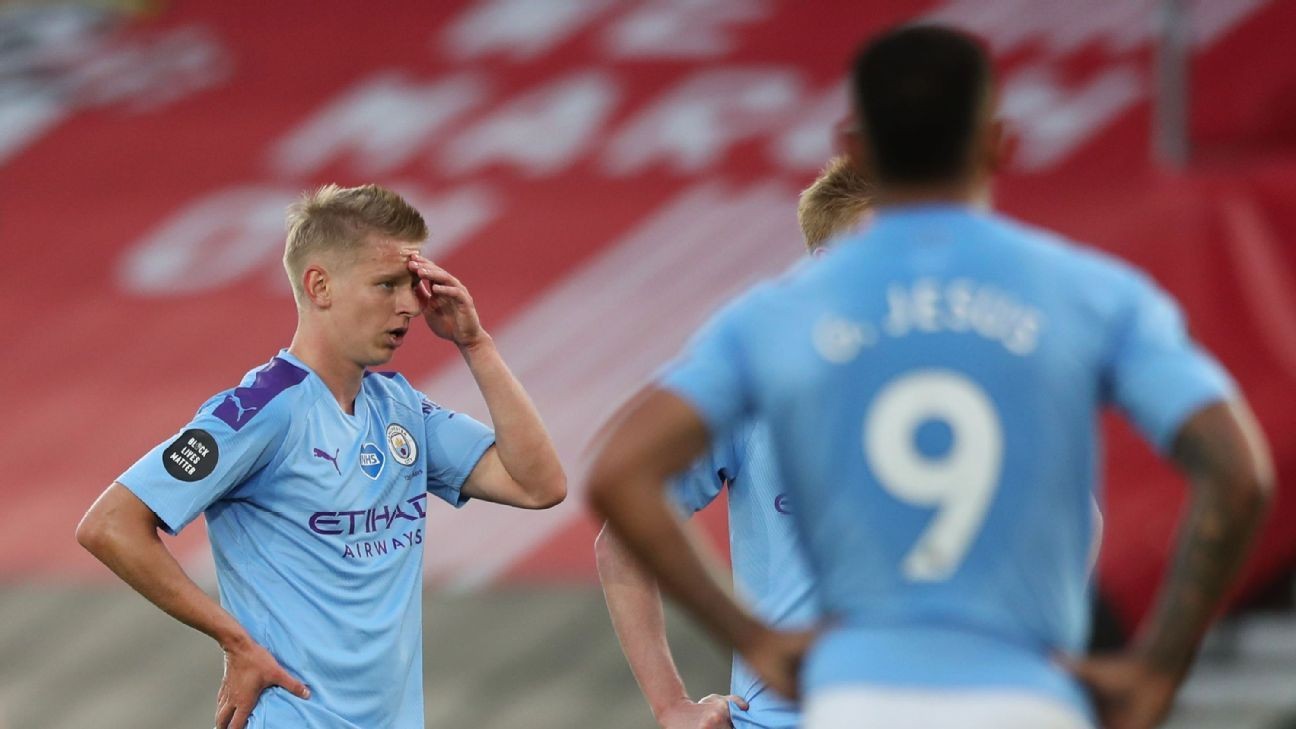 Manchester City's poor Premier League campaign saw another bump in the road on Sunday evening as they were beaten 1-0 by Southampton.

Che Adams' long range strike in the 16th minute won the game for the Saints, with City forced to look to the FA Cup and UEFA Champions League for some kind of salvation over the next few weeks.

They calmed the tempo down as and when was necessary, with the intention switching to a "break them down slowly" sort of approach. That allowed City to cut inside and work their way through the middle of the park, and in doing so, they didn't give the Saints all too much time to breathe.

The visitors were rushed on the ball by Southampton and, in many ways, were played at their own high intensity game -- especially in the first half. They clearly thought they could push the hosts back with ease and impose their will on Ralph Hasenhuttl's side, but they massively underestimated Saints' attacking prowess. Plus, while their through-balls were working like a dream, the end product wasn't there.

Southampton hold on for win over Man City

Manager Rating out of 10

6 -- It was a strong starting XI from Pep Guardiola, with the Spaniard putting out a powerful front three alongside a few fresh faces on the bench. He seemed to demand urgency from the word go, but the formation appeared to leave Fernandinho pretty isolated in midfield, which is where Southampton were able to have some of their best moments. He stuck with what he had after half-time, with the timing of his minimal substitutions being viewed as slightly suspect.

GK Ederson, 5 -- The sweeper role always threatens to leave the keeper exposed, and that's exactly what happened when Adams took advantage of Ederson's high position early in the game. He did made a few impressive saves elsewhere, but the error stands out.

DF Joao Cancelo, 6 -- It was a real rollercoaster of a performance from Cancelo from the first minute until the very last. While he may be one of the best crossers of the ball for City, with wonderful footwork too, he was often dispossessed due to a lack of concentration.

DF Eric Garcia, 5 -- The youngster's pass completion is on another level, but a poor 67th minute back pass highlights perfectly why he's still got a long way to go.

DF Aymeric Laporte, 6 -- A fluffed clearance in the sixth minute caused something of a panic, but the highly rated defender tracked back well and put in a solid enough showing.

DF Oleksandr Zinchenko, 5 -- His distribution in the second half was welcomed, but the fact that he gave the ball away for Southampton's goal overshadowed any lingering positives.

MF David Silva, 5 -- The little magician had two golden chances with a first half header and a 54th minute close range effort, but he couldn't quite convert them. Aside from that, though, he worked as hard as you'd expect given his experience and love for this club.

MF Fernandinho, 4 -- He clearly didn't respect the energy of his opponents, constantly bullied off the ball in the first 45 minutes. The Brazilian may have hit the post and increased his output after the break, but his early laziness can't be ignored.

MF Bernardo Silva, 5 -- Persevering on the ball and dropping deep to make things happen is all well and good, but when you can't even come close to converting the chances that fall to you, there's a problem.

FW Raheem Sterling, 6 -- The popular forward was great at running through the heart of Southampton's defence, but the opportunities just didn't drop for him often enough -- and when they did, he was wasteful.

FW Gabriel Jesus, 4 -- It was another lacklustre display from Jesus with a clear lack of confidence with the ball at his feet, even though he was succeeding in holding the ball up for others.

FW Riyad Mahrez, 6 -- The former Leicester star thrives when bringing others into the game, but he couldn't carve out too many chances for himself.

MF Kevin de Bruyne, 6 -- The Belgian switched the ball around so quickly and strung together every move in the final third, but it wasn't enough.