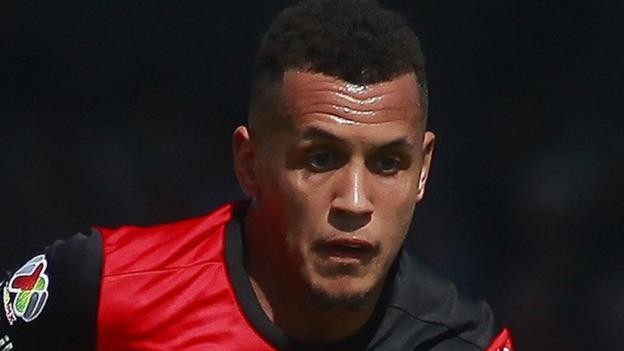 Ravel Morrison's move to Sheffield United could be the "making of him" - according to his former West Ham team-mate Kevin Nolan.

Morrison was rated as one of the best young players to come through the Manchester United academy during Sir Alex Ferguson's time as manager.

The 26-year-old has signed a one-year deal with the Blades - his ninth club, including four loan moves.

"[It's] just the off-the-field problems that come with it."

'He turned his phone off and just didn't turn up'

Ferguson described Morrison as having "as much natural talent as any youngster" the club had signed, while former United defender Rio Ferdinand called him "the best young kid I have ever seen in my life".

But Morrison made just three League Cup appearances for the Old Trafford side before moving to West Ham, where he joined fellow midfielders Nolan and Mark Noble.

"Me and Mark Noble were quite adamant that we were going to help him as much as we could," said Nolan, 37.

"Some of the things I saw him do in training, even to professional footballers on the pitch... the amount of times he could sit anyone down was unbelievable.

"We put a lot of time into him but there are just some instances in that time when we were there that you just sigh in disbelief: 'Where is he? Why isn't he here?'"

Nolan added: "We played a game at Oxford in pre-season and me an Nobes [Noble] were on the back of the bus with him saying how wonderful it was.

"He gets off the bus after we've bigged him up and we've said 'we'll see you tomorrow in training' - and we don't see him for a week.

"Another day was Christmas Day when you meet up a bit later and we've all left our families. He just turned his phone off and didn't turn up.

"He's got that in him and that's what he's got to get out of, because people then start to get fed up with that. There is only so much you take.

"I'm hoping he has grown up now and this could be the chance that he really needs."

Will Morrison fit in at Bramall Lane?

Morrison made just 24 appearances in four years with West Ham, and his stint with the east London club included loan spells at Birmingham City, Queens Park Rangers and Cardiff City.

He spent the early part of this year at Ostersunds FK in Sweden on a six-month deal.

Sheffield United, who were promoted into the Premier League after finishing second in the Championship last season, signed Morrison after he attended their pre-season training camp in Portugal earlier this month.

"He is at a club now under Chris Wilder which is playing that attacking [football], he knows one way and this could be the making of him - and I'm hoping it will," said Nolan.