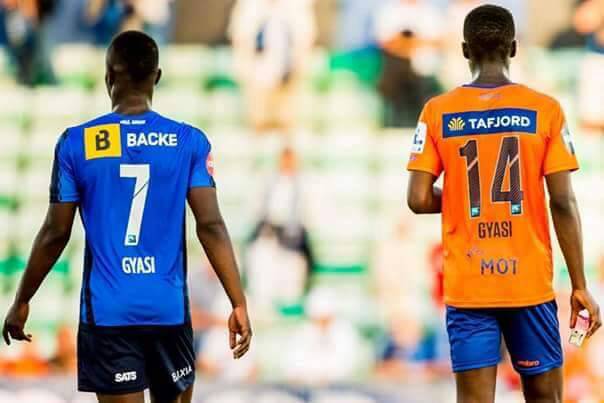 The Gyasi brothers in action

Former Ghana youth winger Raymond Gyasi scored for Stabaek  in their 3-0 victory over Aelsund in the Norway NM Cup quarter finals at the Nadderud Stadion stadium on Thursday night.

The match which was hyped around two Ghanaian brothers, Edwin Gyasi and his younger brother Raymond ended with the later coming out on top after scoring to help the side advance to the semifinal round.

Edwin, 26, has been the mainstay of the Aalesunds squad since joining from  Roda JC Kerkrade at the start of the campaign.

Meanwhile, it was Raymond, who stole the headlines in the encounter with his overall display and registering a goal with just 20 minutes on the clock.

Belgian youth international Tortol Lumanzi-Lembi  added his Stabaek second of the night with close tap in.

Aelsund came strongly into the game in the second stanza and went close to reducing the deficit but Stabaek goalkeeper Sayouba Mande dealt well with their attacking threats. 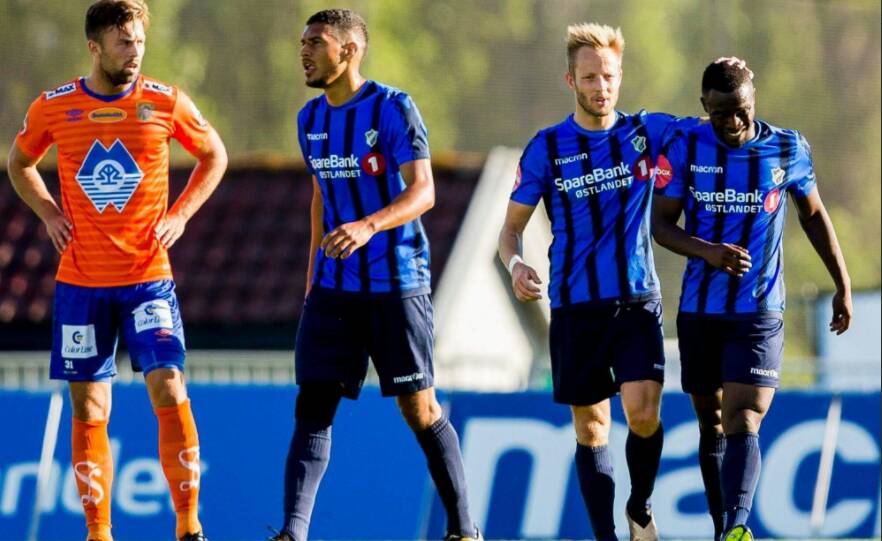 Raymond Gyasi scores for Stabaek
Tonny Brochmann sealed the win for the Blue Ones in the 47th minute with a superb curling shot.

Raymond enjoyed full throttle of the match likewise Edwin, who was at his usual best for his side but could not prevent the impressive Antoni Ordinas's side from progressing to the semi-finals of the cup competition.