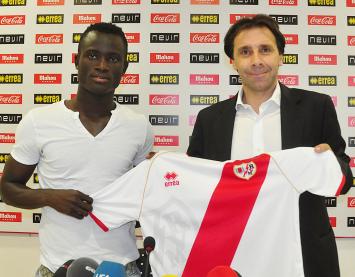 The 20-year-old was presented to the media in the press roon of the Sports City this morning.

Abu joins the La Liga side on a season-long loan from parent club Manchester City.

The promising Right to Dream Academy graduate, spent lasts season on loan at Norwegian outfit Stromgodest where he notched up impressive performances.

He played a bit-part role for Ghana at the 2012 African Cup of Nations where the Black Stars placed fourth.