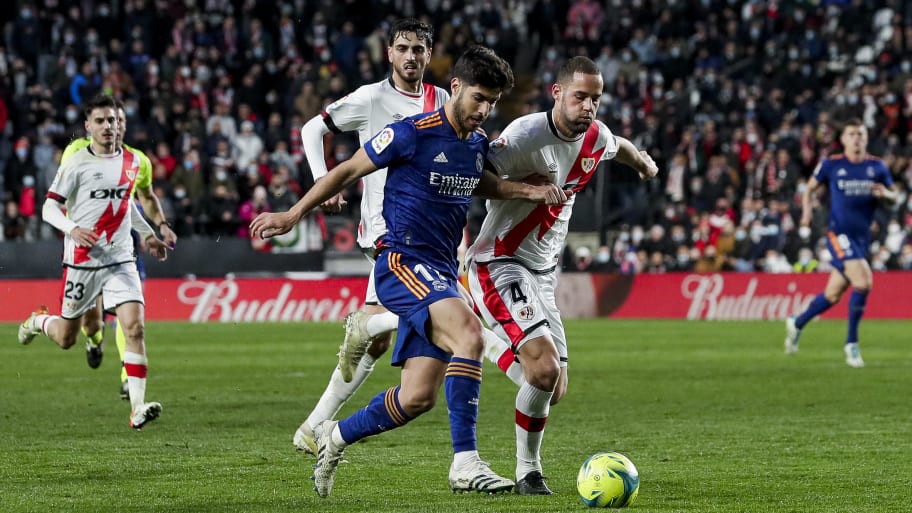 Andoni Iraola's well-drilled side are unbeaten in their last four league matches and come into the contest on the back of consecutive victories. However, they host the only team with a longer lossless run in La Liga.

Real Madrid had their lead at the top of the table reduced by a controversial draw against Girona last weekend but remain a thoroughly imperious force to be reckoned with.

Here's everything you need to know about the upcoming Madrid-heavy meeting.

Where are Rayo Vallecano vs Real Madrid playing?

Randy Ntekja remains suspended after picking up a straight red card during the closing stages of Rayo's 5-1 thrashing of Cadiz last month.

Andres Martin is yet to feature since returning from his loan spell with Tenerife this summer while nursing a shoulder injury. Former Atletico Madrid icon Radamel Falcao has been sidelined with muscular problems for Rayo's last two matches and Jose Angel Pozo is out with a contusion.

Aurelien Tchouameni missed out on the 5-1 thumping dished out to Celtic on Wednesday but was subsequently pictured back in training. The Frenchman will be required at the base of midfield given Toni Kroos is suspended after he collected two yellow cards against Girona last weekend.

Eden Hazard has been training inside due to muscular discomfort but Karim Benzema made his return from the bench in the midweek.

Without a prolific goalscorer to call upon - former Newcastle centre-back Florian Lejeune is the team's joint-top scorer with three this season - Rayo's chance creation is heavily reliant upon set pieces.

Madrid's only defeat of the season came against RB Leipzig as the Germans raced into a two-goal lead via a pair of corners. Cristhian Stuani's penalty for Girona last weekend was also earned from a dead ball delivery.

However, while Iraola's impressive outfit may find avenues to ruffle Madrid's feathers, the reigning Spanish and European champions should have more than enough to soar towards yet another victory this season.