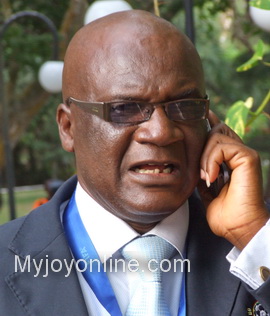 Having an office complex for the Greater Accra Regional Football Association is the priority for re-elected Executive Committee member, Jordan Anagbla.

Tuesday's elections was held at a strange venue; the Clavary Methodist Church which Anagbla won by a landslide.

He now says an office complex for the RFA to conduct its business would be his focus for the next four years.

"I would like us to secure an office complex in my second term," Anagbla told Asempa FM.

"We need a place where members and other people can come and conduct their business well so that will be my focus."

Anagbla polled an overwhelming 142 votes to beat contender Nana Yeboah, who had 9 votes to win a second term.