Follow the LIVE coverage of the mid-week clashes of the Ghana Premier League from all centers on Ghanasoccernet.com.

Good afternoon and welcome to the LIVE coverage of the Ghana Premier League clash between Medeama SC and Asante Kotoko from the Tarkwa T&A Park. 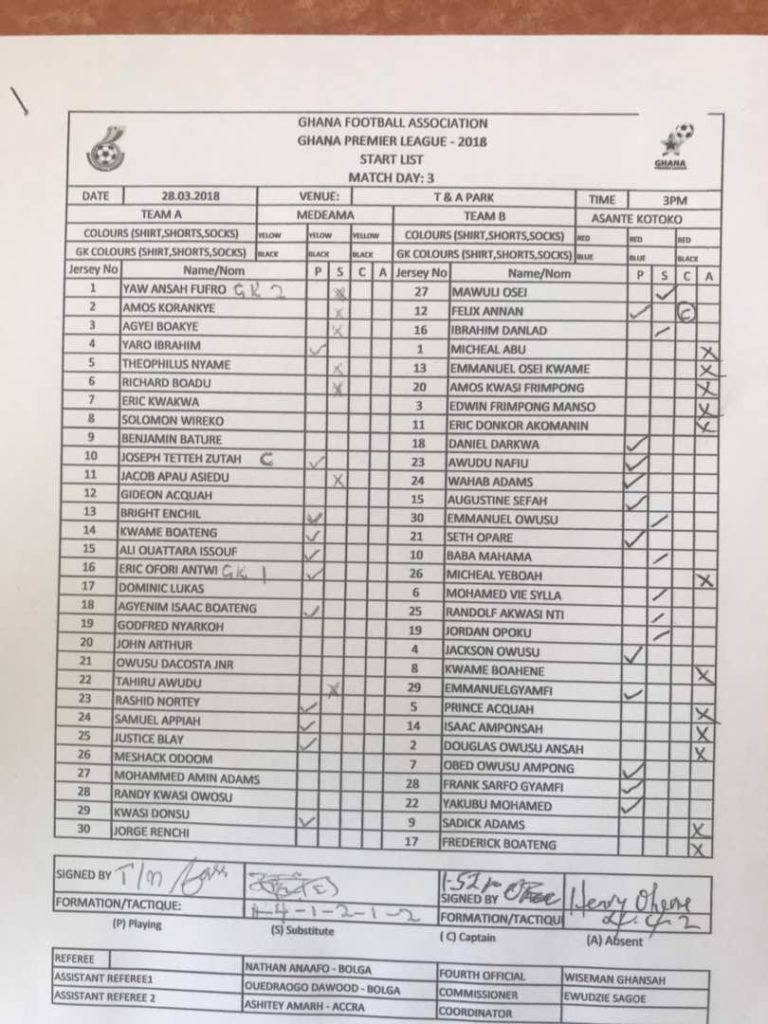 We shall also give you quick updates from the Dawu Park as Dreams FC host Wa All Stars.

Stats between the side: 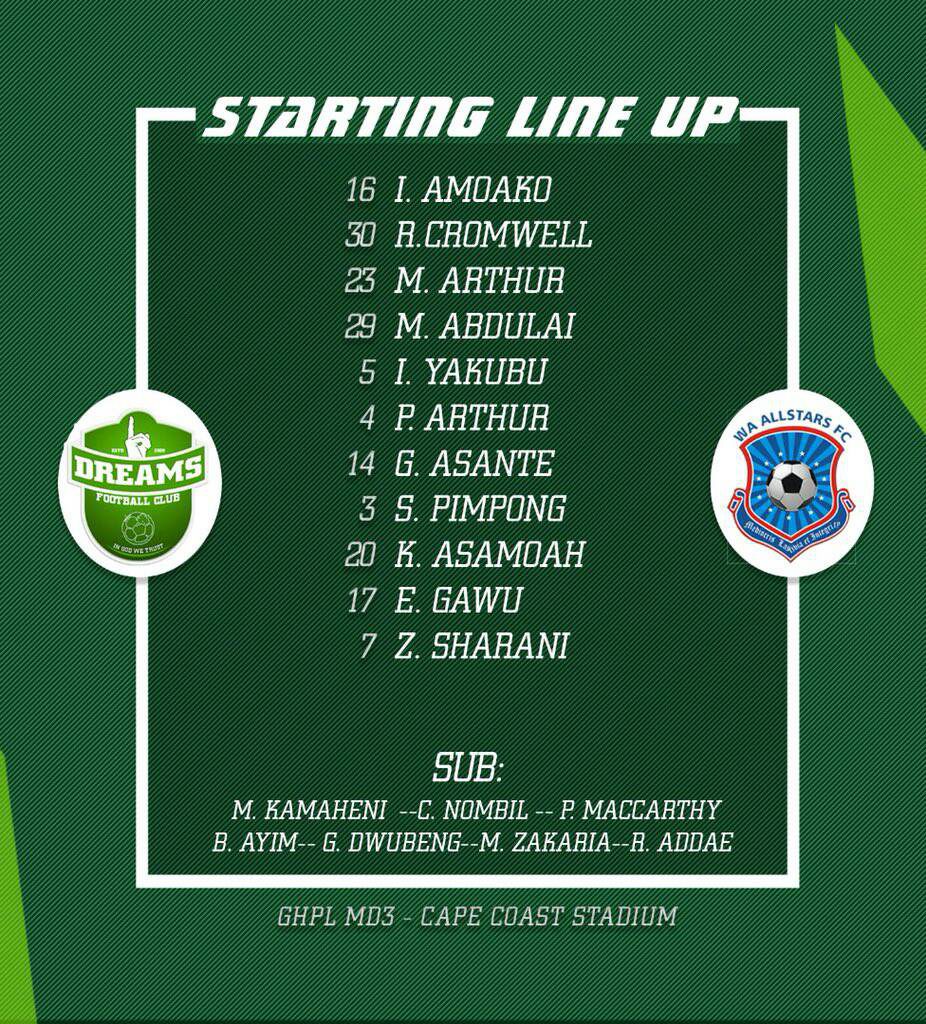 Let's quickly take a look at the line ups of both sides. First, the general squad for all the teams involved in today's clashes.

05- Medeama are back in the game but are failing to create chances.

07- Goal...! There is a goal in Dawu as Sharani Zubeiru put Dreams FC ahead with a beautiful goal.

24- What a save from Felix Annan, the agile goalie is scoring points here in Tarkwa.

25- Medeama are all over Kotoko now but the Reds are holding their own well.

29- The Porcupine Warriors have regained possession and are pushing for the initiative.

30- Referee Nathan Anaafo whistles for a foul against Baba Mahama.

34- Medeama gets a corner and it's going to be effect by Joseph Tetteh Zutah.

35- Hooops..the nearly resulted in a goal but Kwame Boateng failed to direct his header.

37- Kotoko are under serious pressure.

39- What a miss by Baba Mahama - this should have been the Reds first goal.

40- Play has been halted as Baba Mahama is lying on the deck with a suspected injury.

41- Kotoko have been awarded a corner.

42- History is repeating itself as the rain has started drizzling here.

43- Play is temporary on hold as Nortey and Blay are being attended to by their medical staff.

44+3- The referee is looking at his watch as the three minutes injury elapses.

The referee whistles for the end of the first Half.

Welcome back from recess.

At Tarkwa, Referee Nathan Anaafo is consulting the commissioner to see to if they can continue the game due to the torrential rain in Tarkwa.

However, there is a goal in the AshantiGold game against Karela FC.

Richard Osei Agyemang has put the Miners ahead with beautifully struck shot to hand AshGold the lead.

54- Goaaaaal! Another goal by WAFA and this time it's Aminu Mohammed-  WAFA 2-0 Aduana Stars.

Information coming from Tarkwa indicate that the Medeama-Kotoko game will commence soon after ref Anaafo and the match commissioner agreed on common ground.

We are back in Tarkwa!

65- Kotoko have been awarded a corner kick and it will be effected by Jordan Opoku.

67- Medeama have regained the possession from Kotoko as they are now dictating the pace of the game but the Res are failing to penetrate the stubborn defense of the Reds.

70- Referee Anaafo has awarded the Reds a foul on the edge of the penalty box-who is going to take?

74- What a save by Felix Annan- this is his fifth of the game.

80- Medeama look like a team ready to pounce on Kotoko anytime they attack but their indecisive preventing them.

82- Kwasi Donsu is ready to take a free-kick for the Mauves.....but his ambitious shot flies into the sky.

87- Goalkeeper Annan is becoming the toast of the fans here in Tarkwa as he makes another wonderful save- the Reds are living dangerously now.

88- Kotoko are pushing their opponents now but Medeama are not allowing them to create any chance.

90- Substitution for Medeama as Amos Korankye comes on for Rashid Nortey,

90+3- Goaaaaal! Kwame Boateng made no mistake as he slots the ball past goalkeeper Felix Annan. What a beautiful spot kick.

90+4- It's all over in Tarkwa. Medeama beat Kotoko for the second consecutive time in the Ghana Premier League at the T&A Park.