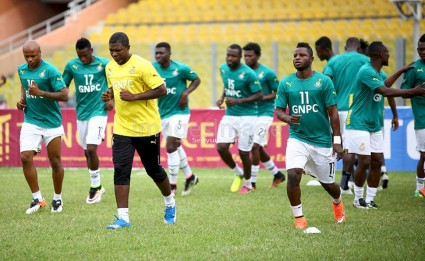 A second successive win in Group D for Ghana will see the the Black Stars through to the knockout phase of the African Nations Cup but Mali have proved something of a bogey team at previous tournaments and have indicated they won't come easy.

Ghana, who beat Uganda 1-0 in their opener, have reached the semi-final stage at each of the last five Nations Cup tournaments but were denied the bronze medal twice by Mali in 2012 and a year later.

Mali opened the tournament with a goalless draw against Egypt but hope to have Monaco's exciting midfielder Adama Traore fit for the game in Port Gentil after he missed the opener.

Traore could offer the flair to compliment Mali's stout defence and imposing forwards, although Ghana are a far more experienced team.

Egypt meet Uganda in Saturday's second match in Port Gentil, which will act as a preview for the World Cup qualifier between the two sides scheduled for later this year.

Egypt were criticised for a defensive approach in their first game while Uganda, returning to the Nations Cup after a 39-year absence, earned praise for their fitness and fighting spirit.