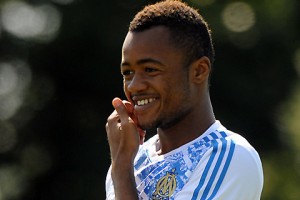 English side Reading have totally rubbished reports that they are on the verge of signing Ghana striker Jordan Ayew.

The Premier League club insist they are not considering a move to sign the attacker from French side Marseille.

Leading English newspaper The Times reported on Wednesday that Reading were hopeful of finalising a deal for the son of Ghana legend Abedi Pele.

The report claimed that Marseille are willing to sell Ayew, 20, for around Â£4million.

When asked whether he is on the verge of signing Ayew, McDermott said: "I heard that too as well. I don't think so."

The Ghana international, who has eight caps, is the younger brother of Andre Ayew who is reported to have attracted attention from Arsenal and Newcastle.