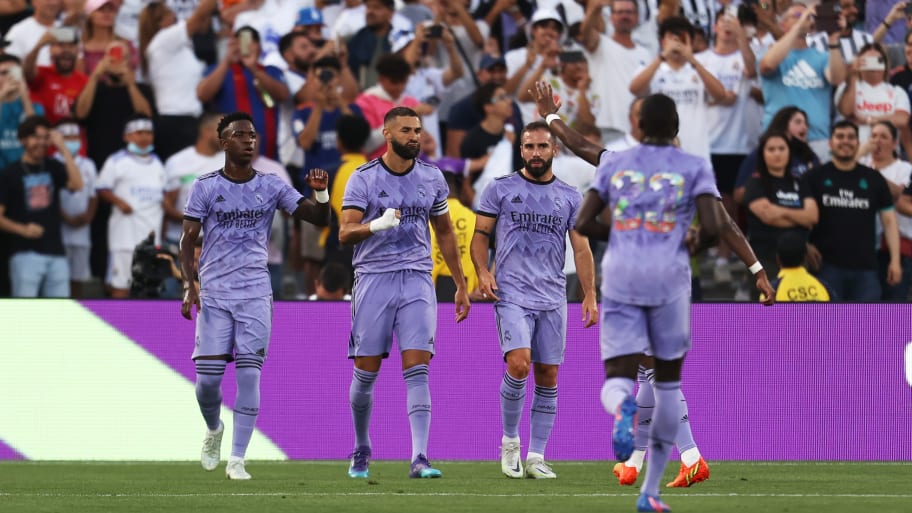 Real Madrid registered their first pre-season victory on their tour of the United States in their final game as they comfortably defeated Juventus at the Rose Bowl in California on Sunday.

Los Blancos went ahead through Karim Benzema's 19th minute penalty before Marco Asensio made sure of the victory midway through the second half.

Benzema had struck the net in the first minute but had his strike chalked off for offside as Real dominated, with only Leonardo Bonucci going close for Juventus with a free which hit the crossbar.

Real had lost to rivals Barcelona and drawn with Club America during their tour prior to Sunday's game, while it was Juve's first defeat of the summer having beaten Guadalajara before drawing with Barça.

He said: "We've finished this first stage of the season well with a good performance, showing improvement on the previous game. The team is used to playing with the guys who have played in the past. We're focused on the European Super Cup. We've trained well and we've got minutes in the players' legs, it's all gone really well.

"It's been very positive because we haven't picked up any injuries, aside from a small sprain for Carvajal. The team has worked really well and we've had no issues. It's been a well-executed pre-season and now we have the confidence to go and win the European Super Cup.

"The fans have been unbelievable. The Decimocuarta effect remains alive and well and Real Madrid is amazing in every corner of the globe. They have a lot of love for us and it's been beautiful to come here and feel it."

Juventus boss Massimiliano Allegri admitted his side were up against the best side in Europe but looked at the positives following the defeat.

He said: "A good match that concluded a good 10-days’ work in the United States.

"We were up against the strongest team in Europe, and as long as it was possible to play, we did, trying to manage possession and not give the ball away. I am satisfied with the effort from the lads, we can still grow a lot though, and there are players who have still to return.

"Tonight there were chances for both sides and we should have managed ours with a little more patience. Now we have a couple of days’ rest and then back to work because the season is approaching."

This article was originally published on 90min as Real Madrid 2-0 Juventus: Benzema and Asensio score in pre-season win.