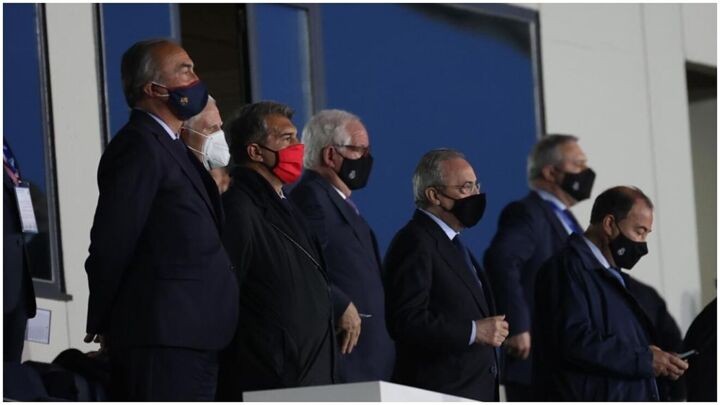 It has been a week of intense talks between the rebel clubs that were adamant on joining the European Super League, UEFA and the intermediaries involved in the process.

Eight of the 12 initial members of the Super League project have reportedly agreed to pledge their allegiance to UEFA, with Real Madrid, Barcelona and Juventus not being willing to succumb to the pressure.

As the New York Times reports, the aforementioned eight clubs are being forced by UEFA to release a letter that states their intention to renounce the Super League and commit to the European governing body's competitions.

Meanwhile, the remaining three breakaway clubs would threaten through another letter to take legal action against those who pulled out from the project.

The final decision of AC Milan could be crucial here, as the Super League contract states that the project could be scrapped in the event that nine clubs withdraw.

Should AC Milan commit to UEFA, the three others could face sanctions from European football's governing body, who could even ban them from participating in the Champions League.

FIFA president Gianni Infantino also warned of the danger of possible sanctions that could be imposed on the members of the defunct Super League.

"Actions must have consequences and everyone must assume their responsibilities, but you must always be careful when talking about sanctions," Infantino told L'Equipe.

"What specific sanctions are we talking about? It is said that it is necessary to punish, but we must also think about the consequences because a team is also made of players, coaches, fans, who have nothing to do with it."

Meanwhile, as ESPN reported earlier this week, the clubs who don't commit to UEFA could face a two-year ban from the Champions League.