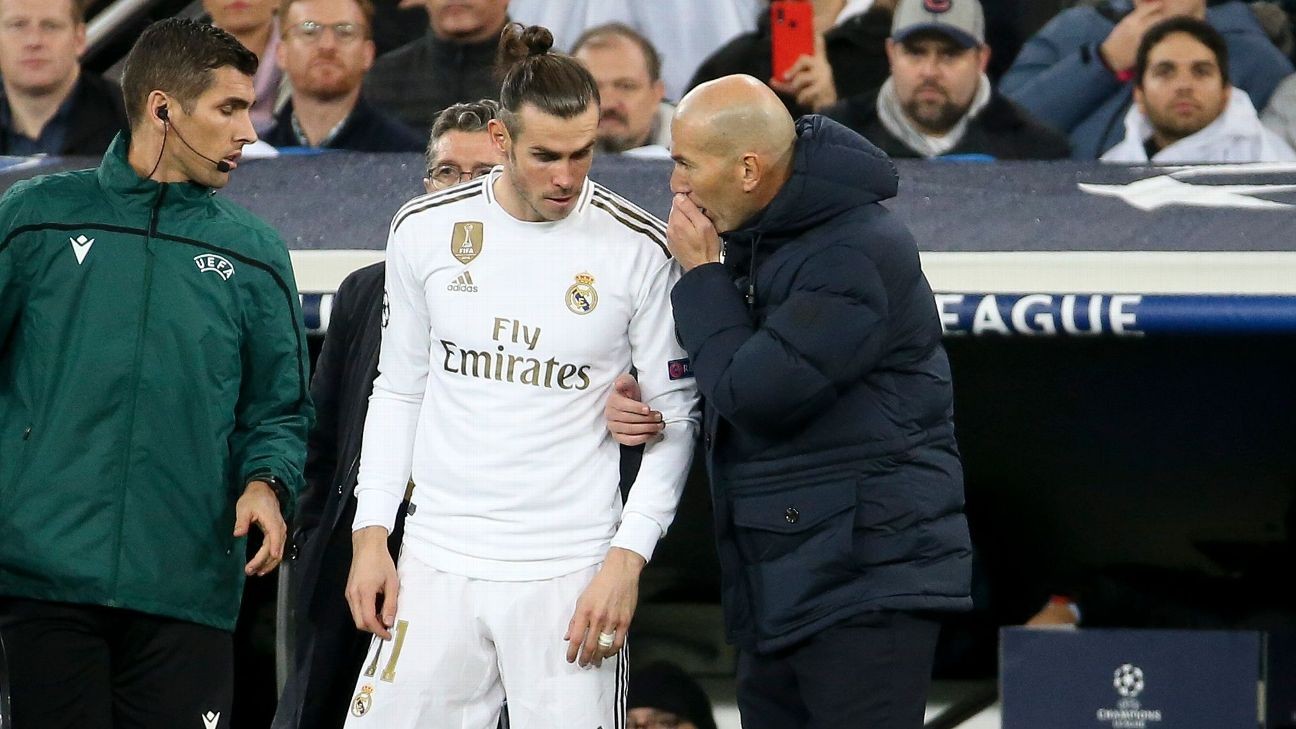 Real Madrid coach Zinedine Zidane has denied claims from Gareth Bale's agent that he is unable to train five days a week because of concerns over his persistent injury problems.

Zidane has left the Wales forward out of the matchday squad in recent weeks -- including for last weekend's Madrid derby -- despite being fully fit and available for selection.

Bale's agent Jonathan Barnett told Spanish newspaper AS that the forward "has had a lot of injuries and he is worried about them. He can only train so much, not five days a week. It's got to be handled properly."

Ahead of Madrid's La Liga game with Osasuna on Sunday, Zidane replied to Barnett's comments in a news conference and said:  "Yes, he is able to [train].

"In fact, if we count, he's trained five times this week. So yes he can."

Club sources have told ESPN that there is no truth to reports that Zidane feels Bale lacks intensity in training. They said the player was left out of the squad for the derby with Atletico Madrid and the Copa del Rey quarterfinal with Real Sociedad for purely technical reasons, and that if needed, he will play.

"There is no solution because there is no problem," Zidane said. "It doesn't mean anything that he hasn't been in the last two squads. It might seem like there's a problem but there is no problem, on the contrary. I know Gareth is going to give us something until the end of the season."

He added: "He could be in the squad [tomorrow], because he's a player who is ready to play. As always, you'll see, I'm not going to confirm it because that's how we do it and I won't change. But he's fine."

Bale has faced regular criticism in the Spanish media for leaving the Bernabeu before full time when not involved in the squad, as he did in the 82nd minute of their 4-3 defeat to Real Sociedad on Thursday.

"No, I don't think [it's a lack of respect]," Zidane added. "The important thing is that he wants to be here, he wants to be with us, to train, to fight."

Madrid visit Osasuna as league leaders and three points clear of rivals Barcelona, and their Copa del Rey exit was their first loss since October.

"[What was said] stays in the dressing room," Zidane said. "We've spoken, we're not happy with the game, we've all analysed it and the good thing is we play again tomorrow and we can go back to what we were doing.

"We won't throw out everything we've done until now because of one game."