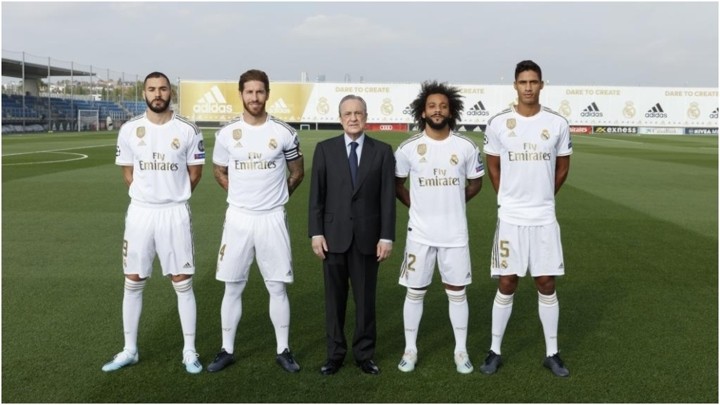 Real Madrid are fortunately pretty well off in the financial department. They've been able to weather the storm up until now without major problems. Why are they doing it? Well, there's a mix of social solidarity, at the start, and a reputational aspect after. Of reinforcing their 'brand image'. They have the financial muscle to keep paying all their wages, but only for a period of time. They will have no choice, as long as this situation goes on, to renegotiate the players' salaries.

It's different for the likes of Barcelona or Atletico Madrid: every club has lost revenue, but they (among others) are shorter in terms of liquidity. A large part of what they have at those two clubs is what the players are earning, and the pandemic has proved their ability to save their liquidity in low times. If they'd had some more net worth, for an image issue, they could've lasted a month or so longer, but as it is, there is no point in doing it now.

'If I don't file an ERTE without revenue it's because I'm sending a message to the market saying that I'm a strong business. It's an investment in the long term,' is the reflection teams like Real Madrid, Athletic Club, Eibar or Villarreal could make. It's not that they're doing it for a 'Robin Hood complex'. If they'd known at the start that this would take three months, every club would've renegotiated wages. There's no doubt.

With more savings, they can last longer, but because of reputation. If this situation continues to go on... there's little else to say.

If they don't lower wages, they will lose competitivity. They will dilapidate their net spend much more quickly than would seem possible and, when normality is restored and leagues are restarted and the transfer window is back, they'll come back in a lot worse condition than their rivals, having lost their savings. They will be, to put it short, less competitive.

Another thing is the ethnic factor of the question. If 'companies' in such a privileged sector like professional football should be required to have more savings, the truth is that common sense is prevailing in almost all of them. They're negotiating pay cuts in an individual way with their squads without asking for the government's help. They have much more unfortunate sectors to help.