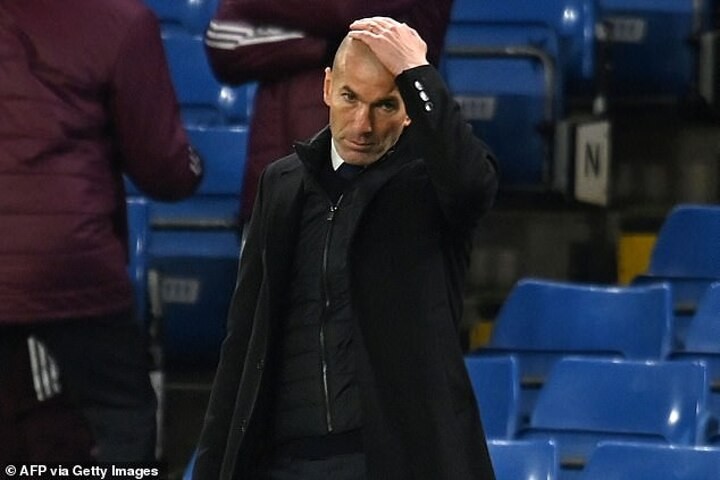 Real Madrid coach Zinedine Zidane had no regrets about picking Sergio Ramos and Eden Hazard against Chelsea despite the pair only recently returning from injury after his side lost 2-0 in Wednesday's Champions League semi-final second leg.

Chelsea, who had been the better side in last week's 1-1 draw in Madrid, outplayed Real again and goals from Timo Werner and Mason Mount sealed a 3-1 aggregate win to set up an all-English final against Manchester City in Istanbul.

Captain Ramos, a veteran of big occasions like the decider at Stamford Bridge, had not played for his club since March 16 owing to two injuries in quick succession plus a spell away from training due to testing positive for COVID-19.

But he was thrust straight back into the lineup alongside former Chelsea player Hazard, who was making only his second start in three months, while French left back Ferland Mendy returned after three weeks out.

'We were playing a semi-final and every player was ready, they wouldn't have played if they were not,' Zidane told reporters.

'We can all be proud of the players, we gave it our best shot and we got here, to within one step of the final. Chelsea put in a great performance and you have to congratulate them.'

The coach also admitted record signing Hazard had been off the pace during the game but said the only way for the Belgian finally to thrive after two seasons with Real riddled with injuries was to keep playing.

'Eden has to get his confidence back and he needs to keep playing. Little by little, we have to make sure he recovers,' he added.

Zidane fielded the same 3-5-2 formation as in the first leg but injuries to Dani Carvajal and Raphael Varane led him to field Brazilian forward Vinicius Jr in the unfamiliar position of right back.

The coach defended his tactical decisions but admitted his side had been well beaten.

'Vini's best position is on the left wing but he can also play on the right and today I had to organise the team in this way. But I prefer to focus on what my players have done throughout this season and not just tonight,' he said.

'Our shape was very clear, we've played many games like this but today we lost lots of individual battles and we were missing something. We tried but it was a very demanding game.'

After missing out on what would have been a fifth Champions League final in eight years, Real will now focus solely on La Liga's thrilling title race and retaining their title.

Zidane's side are two points behind leaders Atletico Madrid and face fourth-placed Sevilla on Sunday, the day after Atletico visit third-placed Barcelona.