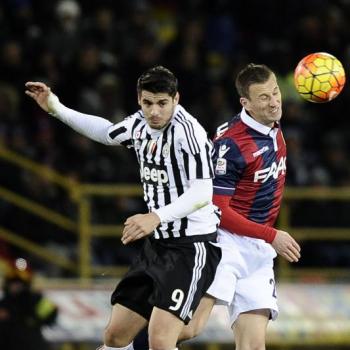 Real Madrid are reportedly considering activating Alvaro Morata's £23.6m buy-back clause, in order to sell him onto Arsenal for a profit.

Morata has enjoyed a successful spell at the Old Lady with 25 goals in 86 appearances, leading many in Madrid to call for his return. However, if Real do choose to bring the 23-year-old back, it has been reported by Spanish tabloid AS that this may only be to sell him onto Arsenal for an inflated price of £40m.

It remains unclear whether the player would be interested in a switch to the Emirates, however it is belived that he has asked for clarification regarding the buy-back clause in place between Juventus and Real.